Reckoning With the Republicans Who Stood Up to Trump 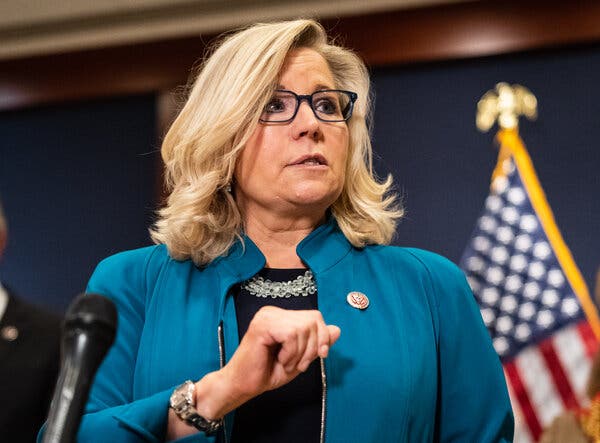 After four years of Donald Trump in the White House, it has become difficult to be shocked by his behavior. But in previous times, this report would have risen to the level of a "smoking gun" when it comes to proof that he used his position as president to try and overturn an election.

President Donald J. Trump pressed top Justice Department officials late last year to declare that the election was corrupt even though they had found no instances of widespread fraud, so he and his allies in Congress could use the assertion to try to overturn the results, according to new documents provided to lawmakers...

The exchange unfolded during a phone call on Dec. 27 in which Mr. Trump pressed the acting attorney general at the time, Jeffrey A. Rosen, and his deputy, Richard P. Donoghue, on voter fraud claims that the Justice Department had found no evidence for. Mr. Donoghue warned that the department had no power to change the outcome of the election. Mr. Trump replied that he did not expect that, according to notes Mr. Donoghue took memorializing the conversation.

“Just say that the election was corrupt + leave the rest to me” and to congressional allies, Mr. Donoghue wrote in summarizing Mr. Trump’s response.

Regardless of what we might think of Rosen and Donoghue, they refused to comply with the president. That might have been a seminal moment in this country's history — even more momentous than the stand taken by Attorney General Elliot Richardson during Nixon's Saturday night massacre. Christian Vanderbrouk noted the signifiance.

I don’t think the “democracy was never in danger” crowd understands how much their argument rests on executive branch officials refusing to follow the president’s orders.

This is a particular issue for the “it wasn’t that bad” apologists who profess to believe in the unitary executive.

If Trump was so out of control that you think unelected bureaucrats were right to ignore, defy and undermine him, you’ve conceded the argument that he was a threat to the republic.

"Unelected bureaucrats," who had been appointed by Trump, are what stood in the way of the most serious threat our democracy has faced since the Civil War.

That points to a tension I've felt ever since Trump entered the White House. At first, it came from the NeverTrumpers who broke with their party in powerful ways. All of the sudden I found myself occasionally agreeing with people like David Frum, Bill Kristol, and Jennifer Rubin. I actually welcomed the support of "Republican Voters Against Trump" in the 2020 election.

But the tension grew exponentially when former Attorney General Bill Barr resigned his position early over the kind of pressure Trump went on to bring against Rosen and Donohue. That didn't change the fact that I had always viewed Barr as the most dangerous figure in the Trump administration. But I had to admit that, when it came to overturning an election, he did the right thing in refusing to cooperate.

I have a similar reaction to Rep. Liz Cheney. Politically, we don't agree about anything. Cheney has also demonstrated that she is her father's daughter when it comes to the lengths to which she will go to maintain power. But an attempt by the sitting president to overturn an election was a bridge too far. She has been willing to take on her own party in defense of our democracy.

While it is very uncomfortable, the tension I feel about people like Kristol, Rosen, Barr and Cheney is probably a good thing. There are lessons to be learned. Part of what we see from the MAGA crowd these days is a willingness to demonize anyone they disagree with as evil. I don't want to go there. My disagreement with them doesn't require dehumanization. I can stand my ground firmly against their views and recognize that there might be places where we can ultimately find common ground.

Aleksandr Solzhenitsyn, who was imprisoned for disagreeing with the USSR government, reminded us of the risks of defining who is good and who is evil.

If only it were all so simple! If only there were evil people somewhere insidiously committing evil deeds, and it were necessary only to separate them from the rest of us and destroy them. But the line dividing good and evil cuts through the heart of every human being. And who is willing to destroy a piece of his own heart?

The Question Anti-Choicers Are Being Forced to Answer

Since he signed the anti-abortion bill, which provides no exception for rape or incest, Texas Governor Greg Abbott is being forced to answer...