My Brother's Keeper: Addressing the generational cycles of racism

Last night Chris Hayes hosted a conversation about President Obama's new initiative "My Brother's Keeper" with professors Imani Perry and Jelani Cobb. Due to the fact that this initiative will primarily be privately funded, the title of the segment was The Politics of Philanthropy. In it both the host and the guests made assumptions that are simply untrue.

Their first error was to assume that philanthropy only funds programs that address the needs of individuals to the exclusion of public policy. I know from my own experience of working in nonprofits that this is simply not true. Many of the individuals and foundations with which I came in contact were transitioning into providing support for systemic change - recognizing that an either/or approach was not sufficient, but that both are needed.

I also know that many organizations struggle with this tension. As children of color are literally being lost daily, limited resources often mean making decisions about whether to continue to focus efforts on the very real devastation to their individual lives, or attempt to swim upstream and try to affect the forces that are creating the problem in the first place. Hayes, Perry and Cobb - to my ear - appeared pretty dismissive of attempts to do the former. But I challenge them to spend one day with those young people and tell me that their individual lives do not present the same kind of urgency we feel about the need to fight for systemic change.

The second error they made was to suggest that the Obama administration is doing nothing about addressing the systemic issues that affect these young men of color. I would certainly agree with anyone who suggested that more could be done - especially in regards to criminal justice system reform. But as I've chronicled before, their position completely ignores things like the Departments of Education and Justice efforts to dismantle the school-to-prison pipeline as well as this administration's work to end the war on drugs. To suggest that President Obama is ignoring the systemic issues that affect these young men is an assumption made in ignorance of actual facts.

More insidious in their assumptions is the idea that centuries of oppression in this country have no impact on the minds and hearts of many young people and their families. To ignore that is to ignore our history. Lifting them up individually is also a way to address the systemic issues of racism.  As President Obama said yesterday:

I am reminded of one time years ago when I was meeting with a philanthropic foundation's program officer to ask for funding for a program that worked to help students (mostly black boys) succeed in school. I had included some of the African American staff who worked directly with students in the meeting and they were explaining how so many of these young men are surrounded by fathers/uncles/brothers who were either in prison or had spent significant amounts of time there. The program officer commented that these young men must feel ashamed about that. The staff quickly chimed in to correct her - saying that many of them actually wear it as a badge of honor and see their own destinies as leading them there as well.

Recognizing that reality is in no way an attempt to blame them for it. From slavery to Jim Crow to the war on drugs, our country's history is littered with attempts to tear black families apart and terrorize black men. It should come as no surprise to us that those policies have created cycles of despair and hopelessness among many African Americans. The question then becomes, what do we do about that? It is initiatives like "My Brother's Keeper" combined WITH efforts to make systemic changes that are needed. As President Obama said:


We need to give every child, no matter what they look like, where they live, the chance to reach their full potential. Because if we do -- if we help these wonderful young men become better husbands and fathers, and well-educated, hardworking, good citizens -- then not only will they contribute to the growth and prosperity of this country, but they will pass those lessons on to their children, on to their grandchildren, they will start a different cycle.

Breaking that cycle happens when we demonstrate that we have Christian Campagne's back. 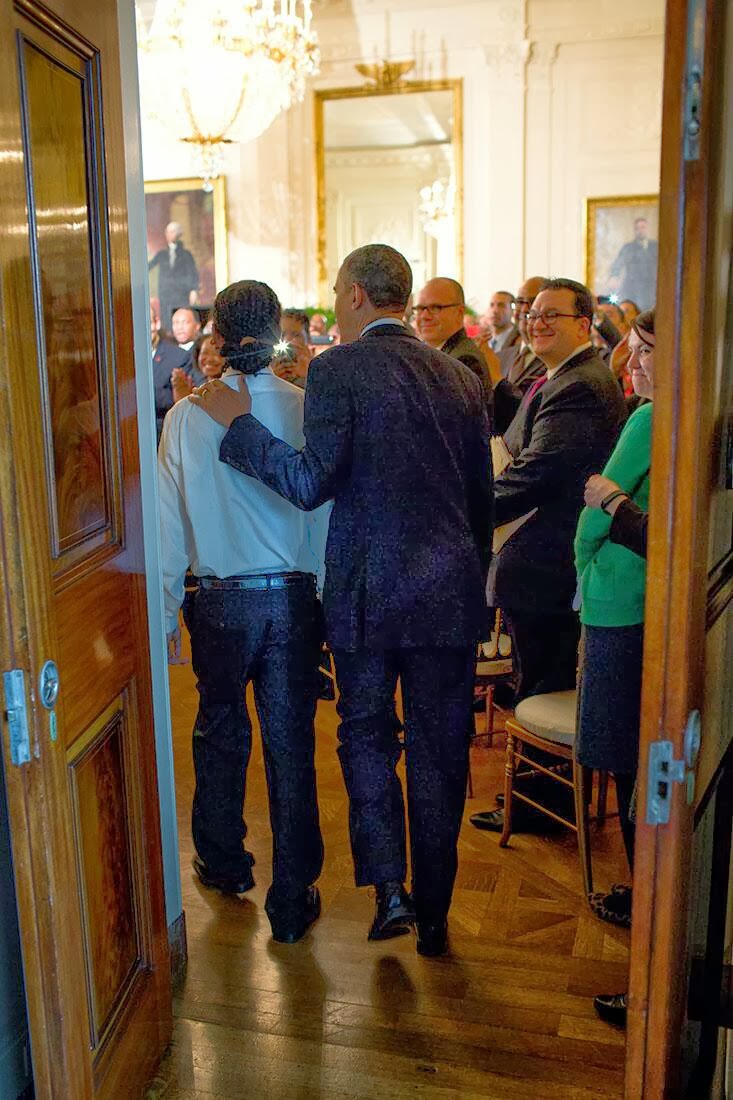