In a previous post, I referenced Dr. Milton Bennett's Developmental Model of Intercultural Sensitivity. I'd like to write a bit more about that because it can help us understand a lot of the tension we're currently experiencing in regards to racism.

Here is how Dr. Bennett described the six stages.

In our increasingly interconnected diverse world, it has become all but impossible to inhabit the denial stage. What we see from the openly racist/nativist crowd is increasing hostility coming from those in the defense stage. But its the "color-blindness" of those in the minimization stage that so often fuels racist microaggressions (or the subtle racism of friends and allies). 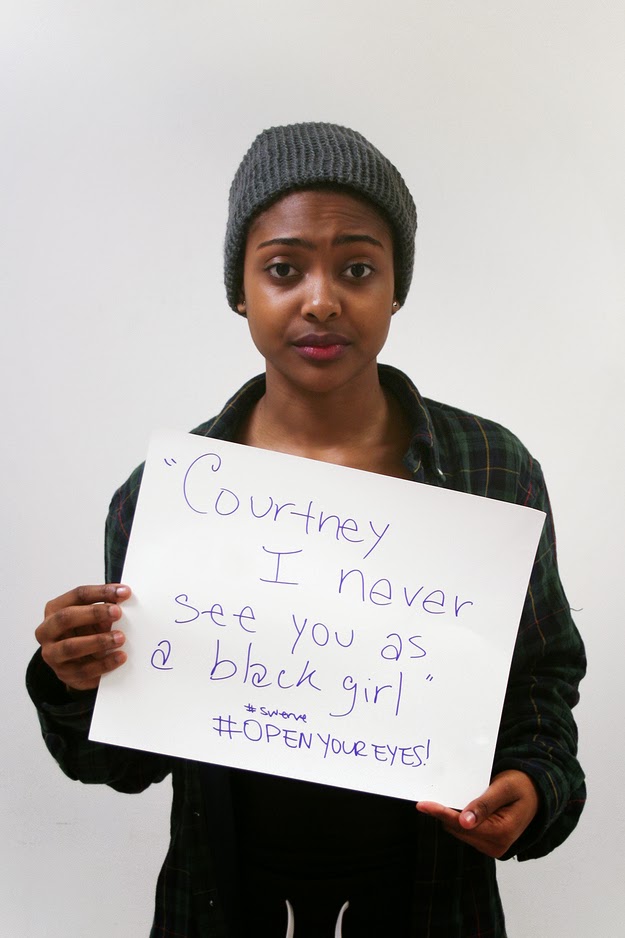 This happens because - for people in the minimization stage - "white" is still the default mode. A HUGE leap happens when people move from minimization to acceptance. And as Bennett points out - the keys to that leap are curiosity and respect. IOW, in the photo above, Courtney's "friend" might become less focused on how s/he sees Courtney and more curious about how Courtney sees herself.

Other than the open racists still in defense mode, I believe that this is the major challenge facing most white Americans when it comes to dealing with racism. It is because this move involves going from ethnocentricity to ethnorelativity that it becomes a bigger hurdle. There is a blindness to our white supremacy that gets in the way.  It is the death or normal that scares us. But once that hurdle is crossed, an amazing world of difference awaits those who can leave their surety behind and open themselves to curiosity.