Are Corporations Allies or Opponents?

There is one important lesson that liberals should learn from the confrontation we've recently witnessed about the Restoration of Religious Freedom proposals. The truth of the matter is - as the NYT Editorial Board noted yesterday - the reason the laws designed to allow discrimination against LGBT people failed is because corporate America stood up against them. All of the sudden liberals found themselves allied, not only with traditionally liberal businesses, but with corporations like WalMart and NASCAR.

Why did that happen? Here it is in a nutshell: 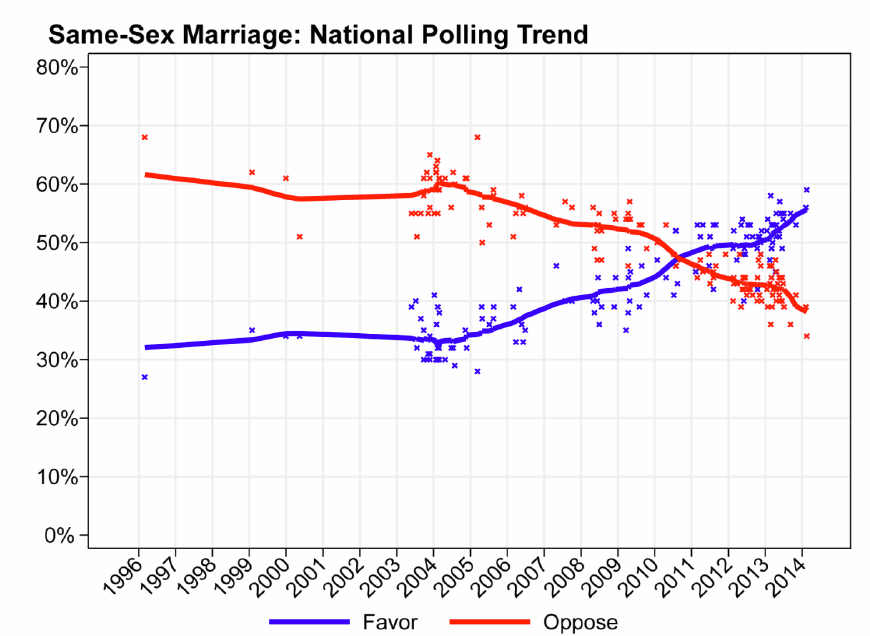 On the issue most representative of where Americans stand on the rights of gays and lesbians - marriage equality - opinions aren't just changing, they're doing so at an accelerated pace.

What is happening can be explained by something Everett Rogers called the "diffusion of innovations." It is "a theory that seeks to explain how, why, and at what rate new ideas and technology spread through cultures" and is often accompanied by a graph like this: 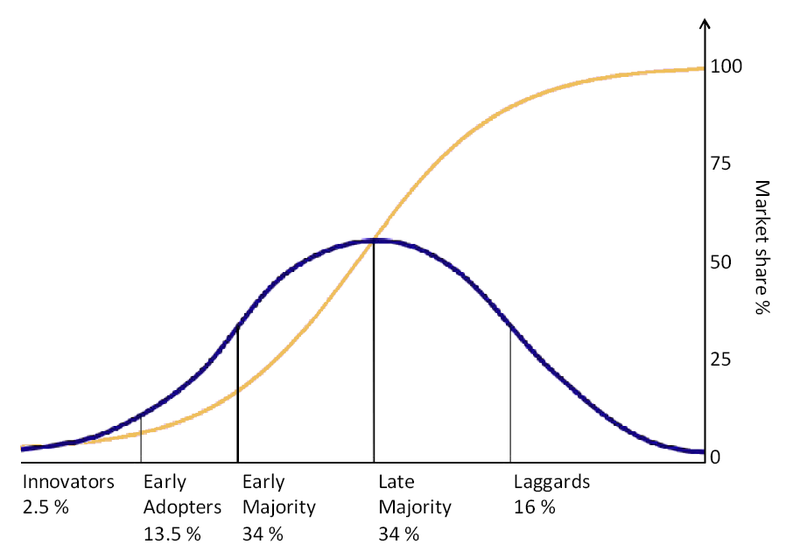 When it comes to acceptance of the rights of gays and lesbians, we are now well into the stage where the "late majority" signs on. People running corporations are not only affected by this kind of change themselves, they know their customers are as well. The bottom line is that very few of them could survive by catering simply to the laggards.

This is why I get uncomfortable when liberals simply cast corporations as our opponents (or worse yet, the enemy). It's true that specific businesses can be idiosyncratically a problem (ie, Hobby Lobby, Koch Brothers, etc) due to the ideology of their leaders. But in most cases, the bottom line of profit reigns supreme. There are times when that makes them an opponent - as in the case of Wall Street in passing and protecting Dodd/Frank. But it can also make them a powerful ally - as we have just witnessed.

On issues that don't directly affect their functioning, corporations will get on board with liberal causes once they get to the late majority phase with their customers. As the innovators and early adopters, liberals should recognize that by building the early and then late majorities, we can open up possibilities for alliances with corporations.

That's why, more than anyone else, I credit Harvey Milk (innovator) with the victories this week against RFRA. By encouraging gays and lesbians to come out of the closet, he ignited the diffusion of innovation amongst friends, family, co-workers that eventually led to acceptance by the late majority. Community organizers know that's how change happens.
at April 04, 2015