A lot of people think that it's finally time for America to elect our first female president. I want to ask them what difference they think that would make (not in a dismissive way). As we all so painfully learned with a certain VP nominee back in 2008, it has to mean more than simply electing someone with a uterus.

Of course the symbolism of a first female president can never be underestimated. Just as Barack Obama signaled to African American children that all things are possible, little girls all over this country would finally know that the title POTUS is not the exclusive purview of men. As VP Biden would say, "That's a BFD!"

Beyond that, I'm not sure that a female president necessarily means more "women-friendly" policy proposals. There have been Democrats of both genders who have fought that good fight strongly and effectively.

My vision of what a female president could mean aligns pretty well with what President Obama said to the young black men who were graduating from Morehouse last year.

So your experiences give you special insight that today’s leaders need. If you tap into that experience, it should endow you with empathy -- the understanding of what it’s like to walk in somebody else’s shoes, to see through their eyes, to know what it’s like when you're not born on 3rd base, thinking you hit a triple. It should give you the ability to connect. It should give you a sense of compassion and what it means to overcome barriers.

As our country continues to navigate the death of white male patriarchy, the perspective of having been an outsider provides insight that is required of our leaders. And as Audre Lorde said so well, "The master's tools will never dismantle the master's house." In other words, the style of leadership developed under patriarchy will never preside over it's demise.

One tool I recommend to help us envision how a female president could do things differently is to watch the Danish television series "Borgen." The show has received international acclaim and won awards everywhere it has been made available. It includes three seasons (30 episodes) and is available via Netflix or at retailers like Amazon. 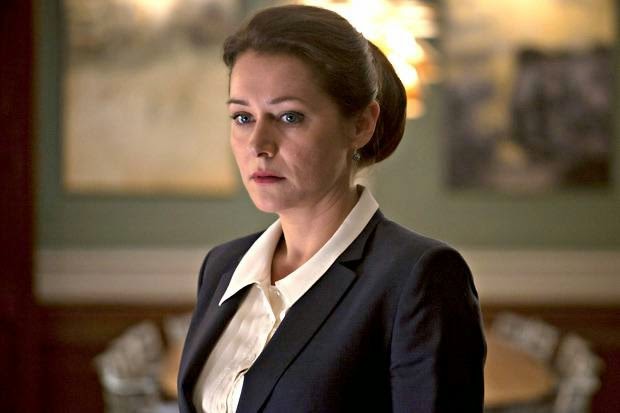 Although she is brilliant and charismatic, Birgitte initially struggles as her political opponents try to outmaneuver her. After a little pep talk from her mentor Bent Sejro early on, she learns to embrace her own personal power and use it to get results. This is a first critical step for any "outsider" who finds themselves in a position of power.

Throughout the rest of the series, we watch as Birgitte grounds herself by connecting with the real struggles of those she has been chosen to represent, thinks strategically about how to find solutions to those struggles, and builds pragmatic coalitions to get them enacted. Because she's not playing by the rules of the traditional patriarchy, she constantly surprises her opponents and uses that to her advantage.

All of that takes a toll on Birgitte's personal life. But I have to say that, while most critics loved the show, I find a little sexism in how they respond to that. For example, here's Willa Paskin:


Each episode contains intricate twists and turns, but is focused on the human-size, psychological aspects of politics, of how Nyborg learns to be effective and at what cost.

The cost ends up being high. Nyborg is decent, well-meaning, sexy, funny, steely. (I dare you to watch her and not develop a crush.)...But over the course of “Borgen’s” first two seasons...Nyborg learns how to navigate and wield her power, an experience that is taxing, isolating and difficult. As time passes, she becomes savvier and more decisive, increasingly comfortable making decisions, an authoritarian knack she starts to take home with her....As she becomes better at her job, her personal life falls apart.

The assumption that a woman learning how to navigate and wield her power equates to authoritarianism is a patriarchal notion. Certainly Birgitte makes mistakes. But her husband - who develops a wandering eye and eventually leaves her - is perhaps even more culpable in not knowing how to handle what it means to be the spouse of a powerful woman.

Birgitte does struggle with being both a mother and a prime minister - something that will resonate with any woman who has juggled two roles. It is at the moment that her teenage daughter requires treatment for an anxiety disorder where she demonstrates that something innate about connection can survive as women assume positions of power...she takes a leave of absence from her job to take care of her daughter.

That's when I realized that THIS is the difference a woman can make as president. I'm not talking about a specific decision to leave office in order to take care of a child. That's the kind of moment when the challenge of the greater good for society vs the particular of what we need from each other reaches its peak. But there are everyday moments when that dilemma presents itself. When we turn our backs on the latter, we lose our soul. And as Alice Walker wrote to President Obama soon after he was elected...it is the soul that must be preserved.


I would advise you to remember that you did not create the disaster that the world is experiencing, and you alone are not responsible for bringing the world back to balance. A primary responsibility that you do have, however, is to cultivate happiness in your own life. To make a schedule that permits sufficient time of rest and play with your gorgeous wife and lovely daughters...We are used to seeing men in the White House soon become juiceless and as white-haired as the building; we notice their wives and children looking strained and stressed. They soon have smiles so lacking in joy that they remind us of scissors. This is no way to lead...

Because, finally, it is the soul that must be preserved, if one is to remain a credible leader. All else might be lost; but when the soul dies, the connection to earth, to peoples, to animals, to rivers, to mountain ranges, purple and majestic, also dies.

What Birgitte showed me is that what I want to see in a female president is not only someone who understands what it means to be an outsider and knows how to wield her own personal power. But also someone whose soul has been preserved. That's how women can change politics!
at April 08, 2015