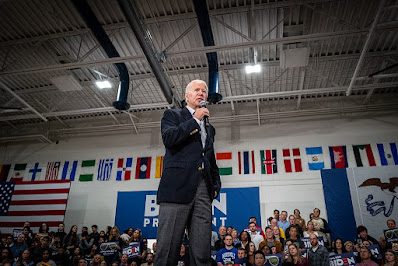 Joe Biden is running on a more progressive policy platform than any Democratic presidential nominee in modern history. His proposals include major investments in healthcare, climate change, housing, education, and infrastructure. In addition, he supports comprehensive immigration reform and an overhaul of our criminal justice system. His web page contains policy proposals in 48 different areas, indicating that—much like Sen. Elizabeth Warren—he “has a plan for that.”

The former vice president demonstrated his mastery of those plans at the ABC town hall forum. But this was his final statement Thursday night.

We have to heal this nation. pic.twitter.com/wD45ZGcKO2

Last week Biden went to Gettysburg to give a speech that his aides say was prompted by Trump’s remarks during the first debate telling white supremacists to “stand down and stand by.” He took the opportunity to lay out his closing argument.

There’s no more fitting place than here today in Gettysburg, to talk about the cost of division. About how much it has cost America in the past, about how much it is costing us now, and about why I believe in this moment, we must come together as a nation...

[Lincoln] believed in the rescue, redemption, and rededication of the union. All this in a time, not just of ferocious division, but of widespread death, structural inequity, and fear of the future. And he taught us this: a house divided could not stand. That is a great and timeless truth. Today, once again, we are a house divided, but that my friends can no longer be. We’re facing too many crises. We have too much work to do. We have too bright a future to have it shipwrecked on the shores of anger and hate, and division…

Today we’re engaged, once again, in the battle for the soul of the nation, the forces of darkness, the forces of division, the forces of yesterday are pulling us apart, holding us down and holding us back. We must free ourselves of all of them. As president, I will embrace hope, not fear. Peace, not violence. Generosity, not greed. And light, not darkness. I’ll be a president who appeals to the best in us, not the worst.

That message was punctuated by the release of this television ad that is now airing all over the country.

To policy wonks and political junkies, that can sound saccharine. But I am reminded of what a staff person from Cambridge Analytica said about the battleground on which elections play out.

The two fundamental human drivers when it comes to taking information onboard effectively are hopes and fears and many of those are unspoken and even unconscious...And our job is to get, is to drop the bucket further down the well than anybody else, to understand what are those really deep-seated underlying fears, concerns.

It’s no good fighting an election campaign on the facts because actually it’s all about emotion. The big mistake political parties make is that they attempt to win the argument rather than locate the emotional center of the issue, the concern, and speak directly to that.

Of course, the specialty of Cambridge Analytica was to tap into our fears. That is what Republicans have been attempting to do for the last several election cycles. It worked to engage enough of the GOP base for Trump to eek out an electoral college victory in 2016.

But after four years of lies, bullying, and fear-mongering, Americans are exhausted. Trump may be able to inflame his ever-shrinking base with attacks and divisiveness, but the majority of people are growing increasingly disgusted by his antics, which is why Biden’s lead has been growing.

There are some progressives who suggest that, in this closing argument, Biden is abandoning the far left of his party in search of support from moderates. They would have a point if Biden was abandoning his progressive policy proposals. But he’s not. As he said in response to Trump’s efforts to brand him as a radical, “What the president keeps trying to do, he’s trying to run against somebody other than me. I’ve said to the left, the right and the center exactly where I am on each of these issues.”

In other words, the policy proposals Biden has put forward stand. But his closing argument is designed to develop the largest possible coalition of voters who are committed to the kind of leadership that calls out “the better angels of our nature.” It is a message of hope about what is possible if, as Biden said at Gettysburg, “we do our part, if we stand together, if we keep faith with the past and with each other.” 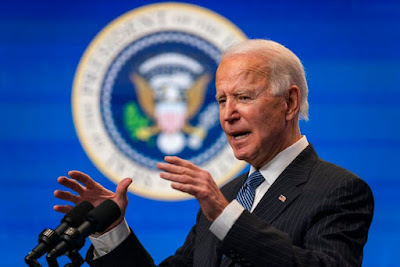