Trump Planned the Riot at the Capitol

The front group that planned a rally in Washington on January 6th, Women for America First, had originally planned a"First Amendment Event" for about 3,000 people on January 22-23, two days after the inauguration of President Joe Biden.

Then, on December 19, five days after the electoral votes had been cast in all 50 states, Trump tweeted that there would be a "big protest on January 6th. Be there, will be wild!" On January 1, he tweeted, "The BIG Protest Rally in Washington, D.C., will take place at 11.00 A.M. on January 6th. Locational details to follow.”

The next day, Amy Kremer from Women for America First, tweeted this:

We are excited to announce the site of our January 6th event will be The Ellipse in the President’s Park, just steps from the White House!

Join us January 6th, doors will open at 7am & you’ll want to get there early!

On January 3rd, Trump announced that he would be there. At some point that day, a march to the Capitol was added to the promotional materials. They went from this... 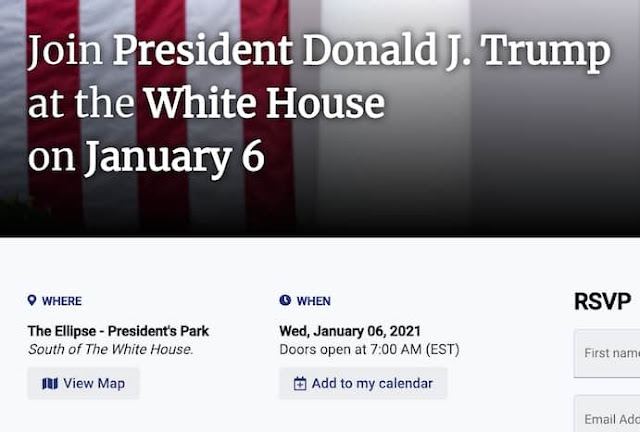 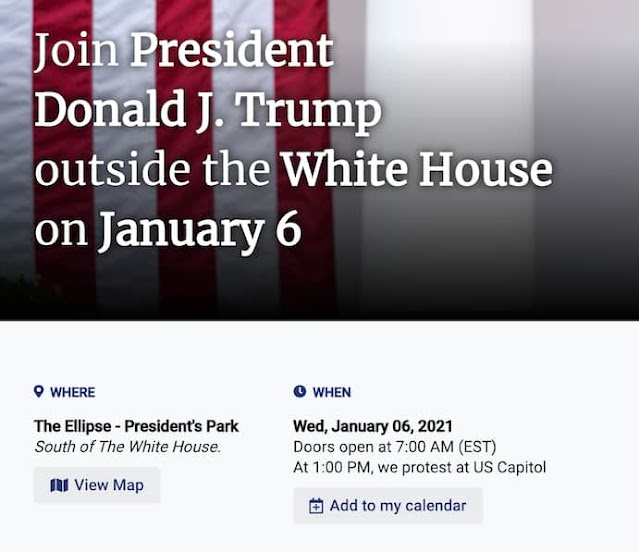 That was the shift House Manager Del. Stacey Plaskett was referring to during her presentation on Wednesday.

Del. Stacey Plaskett says a permit to march from the Ellipse to the Capitol was not authorized for the January 6th rally until Trump and his team got involved in the planning. pic.twitter.com/T1dc3p2YpB

Trump's speech on January 6 was scheduled for 12 noon. He made several references about the plan to march to the Capitol that would take place as soon as his remarks were concluded. It is important to note that the 1:00 p.m. protest at the Capitol was timed specifically for when the Joint Session would begin the process of counting the Electoral College votes.

The question becomes: who made the decision to hold that rally on January 6 and add a march from the White House to the Capitol? Here's what the New York Times reported on February 1:

[A]t the turn of the year, Mr. Trump decided to join the rally himself, and the event effectively became a White House production, with several people close to the administration and the Trump campaign joining the team.

The former Trump campaign adviser Katrina Pierson was the liaison to the White House, a former administration official said. And the president discussed the speaking lineup, as well as the music to be played, according to a person with direct knowledge of the conversations.

Mr. Stockton, the bus-tour organizer, said that he had been surprised to learn that the protest would include a march from the Ellipse to the Capitol. That march — the prelude to the riot — had not been the plan before the White House became involved.

All of this indicates that Trump wanted a protest specifically planned to coincide with the certification of Electoral College votes by Congress and that he wanted it to include a march (read: riot) on the Capitol. As Delegate Plaskett stated, "this was not a coincidence."