What Will it Take to Re-Imagine Policing? 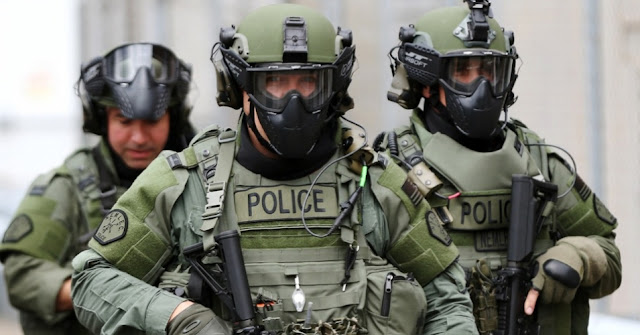 As we await the verdict in the Derek Chauvin trial, it is obvious that, while the outcome is crucial, a guilty verdict won't solve the problems we face in this country with policing. To accomplish that, there are those who took up the mantra of "defund the police." It was an explosive charge, but failed primarily because it addressed what needs to be eliminated without offering an alternative. What we need is a new vision of what policing can be.

Most of the calls for police reform include policies that are necessary, but will eventually prove insufficient. For example, last month Democrats in the House passed the George Floyd Justice in Policing Act.

One provision in the bill addresses qualified immunity, a legal precedent that gives government officials, including police officers, broad protections against lawsuits. Among other things, the bill would also create a national database of police misconduct and require federal law enforcement officials to use body and dash cameras. To curtail deaths, the legislation bans federal law enforcement from using chokeholds like the one that ended Floyd’s life, and from using no-knock warrants in drug cases — Taylor was killed when police burst into her home using such a warrant in March 2020.

While it prohibits some behaviors that have led to abuses, it fails to get at the root causes of the problems with policing. And no...simply providing more training won't accomplish that either.

As many have suggested, it is the "warrior mentality" in policing that is at the heart of the problem.

The warrior mindset now instructs officers on how to approach every aspect of their job. From their earliest days in the academy, would-be officers are told that their primary objective is to go home at the end of every shift. But, they are taught, they live in an intensely hostile world—one that is, quite literally, gunning for them...

In this worldview, officers are warriors combatting unknown and unpredictable—but highly lethal—enemies. They learn to be afraid. Officers don’t use that word, of course. Vigilant, attentive, cautious, alert, or observant are the terms that appear most often in police publications. But officers learn to be vigilant, attentive, cautious, alert, and observant because they are afraid, and they afraid because they’re taught to be.

As a result, officers learn to treat every individual they interact with as an armed threat and every situation as a deadly force encounter in the making.

But the warrior mindset doesn't begin with training. It begins with recruitment, screening, and hiring. For example, take a look at this recruitment video for the Newport Beach Police Department. They are telegraphing that they want (white male) warriors.

As long as police departments recruit warriors and fail to screen them out in their hiring processes, policing in this country won't change—no matter how many reform laws are passed.
Back in the early 1990s I got an up close and personal look at what it could mean to re-imagine the role of policing. I was working closely with the Deputy Chief of an urban police department on fundraising for a charitable campaign during the time that the department hired a new Chief who was dedicated to implementing community policing initiatives. One potential donor we met with was obviously more interested in those changes at the police department than he was in our charitable cause. At one point the Deputy Chief said, “This police department will be where it needs to be when over half the officers are women, because police work is mostly about negotiating and women tend to be better at that.”
Of course, the idea that women are better at negotiating is tinged with sexism. But when have we heard an officer say that policing is mostly about negotiating (another way of talking about de-escalating)? What if police departments focused their recruitment, screening, and hiring on skills like negotiation and de-escalation? That would be one way to reimagine policing. The Deputy Chief I worked with is likely right to suggest that more officers would be women, but that would be a byproduct, not a goal.
What I am suggesting as a re-imagination of policing isn't new. Lately people are contrasting the "warrior mentality" with the "guardian mentality."

Both Warriors and Guardians seek to protect the communities they serve, of course, but the guardian mindset takes both a broader and a longer view of how to achieve that goal. Put simply, the guardian mindset prioritizes service over crime-fighting, and it values the dynamics of short-term encounters as a way to create long-term relationships. It instructs officers that their interactions with community members must be more than legally justified; they must also be empowering, fair, respectful, and considerate. It emphasizes communication over command, cooperation over compliance, and legitimacy over authority. In the use-of-force context, the Guardian mindset emphasizes restraint over control, stability over action. But the concept is even broader; it seeks to protect civilians not just from crime and violence, but also from indignity and humiliation.

What hasn't been included in reform efforts is to tie the recruitment, screening, and hiring of police officers to the guardian mentality.

The much-faulted crime control bill of 1994 contained new money for policing, but it was tied to efforts to implement community policing—a precursor to the guardian mentality. A similar reform could limit federal policing funds to departments that make a commitment to the guardian mentality. One way to demonstrate that would be via their recruitment, screening, and hiring practices.

We know that police departments across the country were recruited to implement the "war on drugs" with federal money that was tied to those efforts. So even while they are primarily under local control, federal dollars can influence a department's priorities. It is high time we used that leverage to re-imagine policing.