No Commentary Required (not about Cliven Bundy edition) 4/25/14

Here are a few of the things you might have missed during our national Cliven Bundy obsession.

From Mark Kleiman at the appropriately titled Reality-Based Community comes the quote-of-the-day.

For a taste of the kind of racism conservatives never acknowledge, here's George Will basically calling President Obama "boy" in a column titled: Barack Obama: The Adolescent President. Nuff said.

I challenge you to not go verklempt over this one.

HBO is premiering a documentary about Ann Richards on Monday. In case you've forgotten some of her more memorable moments, check this clip out.

U.S. solar energy capacity has grown an astounding 418% since 2010 (thanks mostly to President Obama's American Recovery Act). The future is arriving.


And speaking of the future, yes, its time we all bowed down to our robotic overlords ;-) 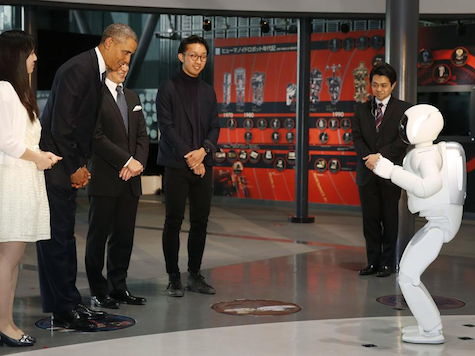