What humans are capable of

We are regularly confronted with stories of the terrible things human beings do to one another. It shocks our senses and fuels our cynicism about the human condition.

But every once in a while we hear stories that can feel just as shocking - about the incredible capacity for good that exists in humanity as well.

More often than we think, these two kinds of stories overlap. Such is the case in one I'm about to share with you.

We all know about the genocide that took place in Rawanda. The evil stunned us all. But now comes this: Portraits of Reconciliation.


Last month, the photographer Pieter Hugo went to southern Rwanda, two decades after nearly a million people were killed during the country’s genocide, and captured a series of unlikely, almost unthinkable tableaus. In one, a woman rests her hand on the shoulder of the man who killed her father and brothers. In another, a woman poses with a casually reclining man who looted her property and whose father helped murder her husband and children. In many of these photos, there is little evident warmth between the pairs, and yet there they are, together. In each, the perpetrator is a Hutu who was granted pardon by the Tutsi survivor of his crime. 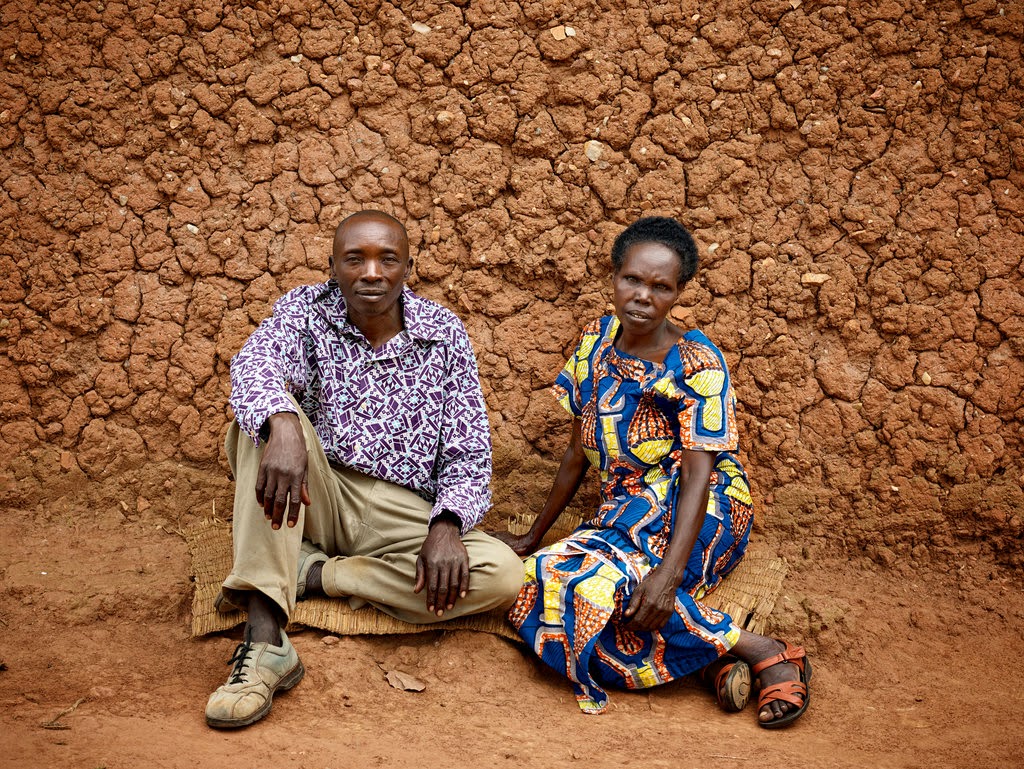 NTAMBARA: “Because of the genocide perpetrated in 1994, I participated in the killing of the son of this woman. We are now members of the same group of unity and reconciliation. We share in everything; if she needs some water to drink, I fetch some for her. There is no suspicion between us, whether under sunlight or during the night. I used to have nightmares recalling the sad events I have been through, but now I can sleep peacefully. And when we are together, we are like brother and sister, no suspicion between us.”

MUKAMUSONI: “He killed my child, then he came to ask me pardon. I immediately granted it to him because he did not do it by himself — he was haunted by the devil. I was pleased by the way he testified to the crime instead of keeping it in hiding, because it hurts if someone keeps hiding a crime he committed against you. Before, when I had not yet granted him pardon, he could not come close to me. I treated him like my enemy. But now, I would rather treat him like my own child.”

I hope you will take a moment to follow the link above and read all the stories. But remember, this is holy ground we're walking on...where the depravity of the human soul is met with a response that seems almost beyond comprehension - forgiveness. As human beings we're big enough for both.
at April 05, 2014