Recently I wrote about how the Obama administration has strengthened the Civil Rights Division at DOJ. This week they made some big announcements:
Yesterday Ed Kilgore wrote about the confusion Scott Walker's pronouncements have created over the use of the word "amnesty" amongst conservatives. Apparently Walker isn't the only one that has people scratching their heads over this one.


Republican presidential hopeful Ted Cruz’s office on Friday indicated the Texas senator remains open to a path to legal status for undocumented workers, putting him at odds with conservatives who deride such a position as unacceptable “amnesty.”...

The idea anyone could get to the right of Cruz on immigration, who has repeatedly threatened to shut down the government to defund Obama’s “illegal executive amnesty” might come as a surprise. But by the terms of the immigration debate set out so far, his bona fides could absolutely come into question. Many conservatives, including the leading anti-immigration groups, consider any policy that falls short of deportation “amnesty.”...

This lack of an clear definition of amnesty, beyond “thing conservatives don’t like,” can create a lot of confusion in trying to tease out candidate’s positions.

As we look toward the 2015 United Nations Climate Change Conference in Paris later this year, Mexico is the latest country to get on board with a plan to cap greenhouse emissions.

Astronauts Scott Kelly, Mikhail Kornienko and Gennady Padalka made it to the space station for their #YearInSpace.


The crew will support several hundred experiments in biology, biotechnology, physical science and Earth science — research that impacts life on Earth. Data and samples will be collected throughout the year from a series of studies involving Scott and his twin brother, former NASA astronaut Mark Kelly [Gabby Gifford's husband]. The studies will compare data from the genetically-identical Kelly brothers to identify any subtle changes caused by spaceflight. 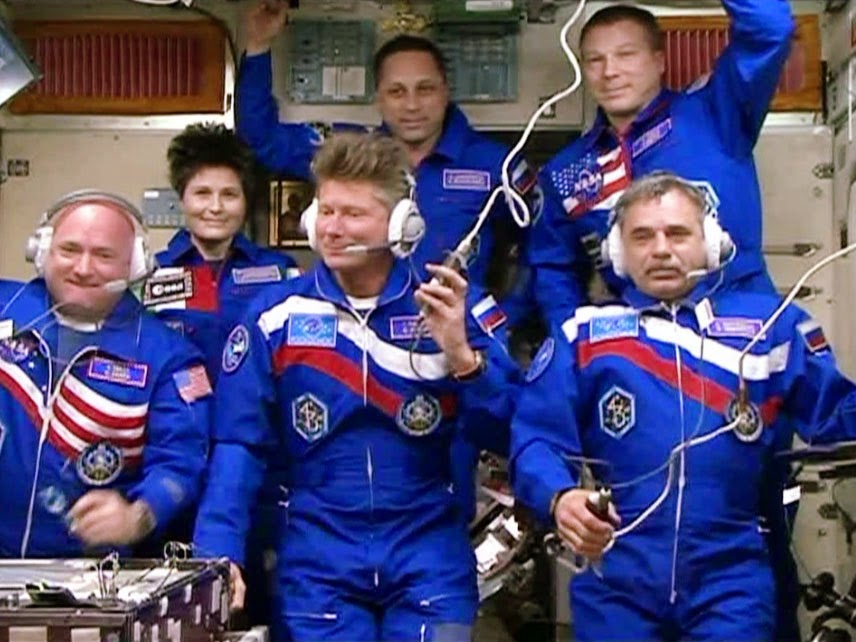 Finally, I've decided to adopt a focus for my musical postings. Over the next few months I'm going to highlight some of my favorite feminist songs. Of course there will be a few obvious choices. But stick around...some may surprise you. Also, feel free to suggest what you think I should include.

For today, here is a new cover of Lesley Gore's "You Don't Own Me" by Grace (featuring G-Eazy). It's good to know that the young folks still respect this feminist anthem.