What Minnesota and California Have in Common 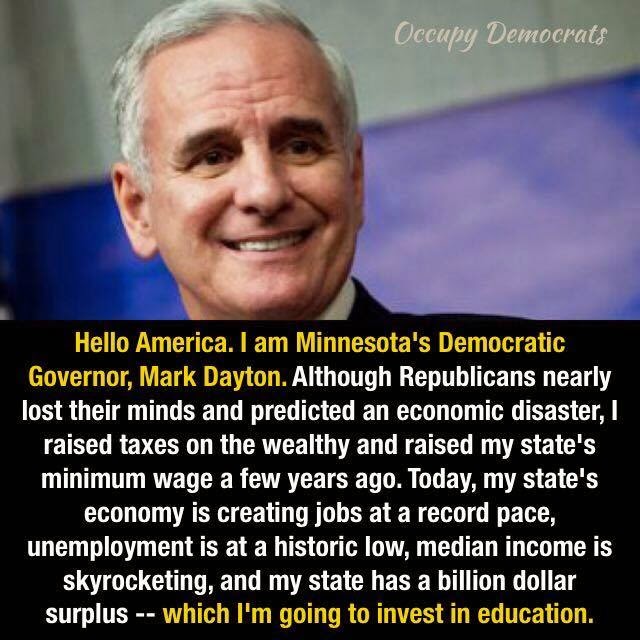 I've probably done enough humble-bragging about my home state of Minnesota and Governor Mark Dayton. But I did appreciate the way this visual summed it up.

I was also reminded that the two states in the country that are getting a lot of attention right now for their robust economic recovery are Minnesota and California.


For years, business lobbyists complained about what they derided as "job killer" laws that drive employers out of California.

Of course these two states have almost nothing in common. But there are a couple of things that stand out. Both Governors - Mark Dayton and Jerry Brown - took office in January 2011 following Republicans who had served more than one term. They beat the odds of the 2010 midterm elections that brought in Republican Governors like Scott Walker, Rick Scott, Rick Snyder and Sam Brownback.

But what I find even more interesting is that both of these Governors are old white guy political re-treads. Perhaps that's just a meaningless coincidence. But in an era when there is a lot of focus on young up-and-coming energetic newcomers in politics, it does make me wonder if the old guys who have already been around the block once or twice might not bring something to the table that we need these days.