Joe Biden Is Assembling a Federal Government That Works 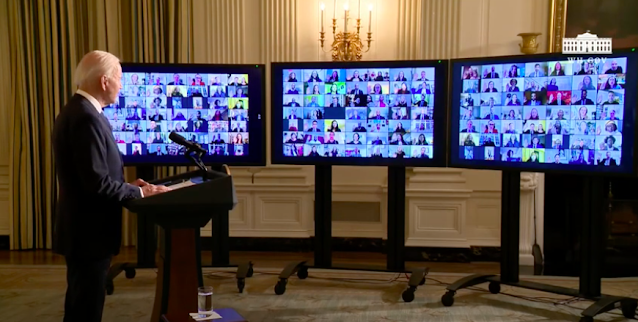 The so-called "Reagan revolution" was based on the anti-democratic proposition that the federal government was "them," not "us." That led to the claim that government was the problem, not the solution. For the opposition party, the opposite is true. The best way to promote a liberal agenda is to ensure that the government elected by the people works for the people.

Donald Trump took the Reagan revolution to a whole new level. Not only did he nominate Cabinet members whose professional lives had been dedicated to undermining the very mission of the agencies they led, his White House counselor at the time, Steve Bannon, proclaimed that one of the major goals of the administration was the deconstruction of the administrative state. Via a gutting of federal employees, combined with the hiring of a breathtaking level of incompetence, this is one area where the former president largely succeeded.

That is why Joe Biden is demonstrating that he might be the perfect man for the job when it comes to taking on the biggest challenge any new administration would face, as David Sanger explained.

When President Biden swore in a batch of recruits for his new administration in a teleconferenced ceremony late last week, it looked like the country’s biggest Zoom call. In fact, Mr. Biden was installing roughly 1,000 high-level officials in about a quarter of all of the available political appointee jobs in the federal government.

At the same time, a far less visible transition was taking place: the quiet dismissal of holdovers from the Trump administration, who have been asked to clean out their offices immediately, whatever the eventual legal consequences.

If there has been a single defining feature of the first week of the Biden administration, it has been the blistering pace at which the new president has put his mark on what President Donald J. Trump dismissed as the hostile “Deep State” and tried so hard to dismantle.

Sanger goes on to point out that "the Biden team arrived in Washington not only with plans for each department and agency, but the spreadsheets detailing who would carry them out."

Biden was able to do that primarily because he is what some people suggest is a negative: an establishment politician. Not only did he serve as vice president for eight years, he was a United States Senator from 1973-2008. During those years he served as chair of both the Foreign Relations and Judiciary Committees. In other words, you'd be hard-pressed to find a person who knows more about how the federal government is supposed to work. Norms that were so casually dismissed by the previous administration are wired into Biden's brain, as well as the cadre of experts who are advising him.

All of that is invaluable knowledge that lays the groundwork for the competence this new administration has shown when it comes to being able to hit the ground running. What we are witnessing is that the "firehose of falsehoods" from the previous administration is being replaced by a "firehose of governing" to address the four crises Biden has identified:

The most important asset Biden has at his disposal is a government staffed by competent employees who are committed to the task. He's wasting no time assembling a cadre of people who can ensure that we have a federal government that works.
at January 29, 2021