Progressives Shouldn't Be So Quick to Pat Themselves on the Back 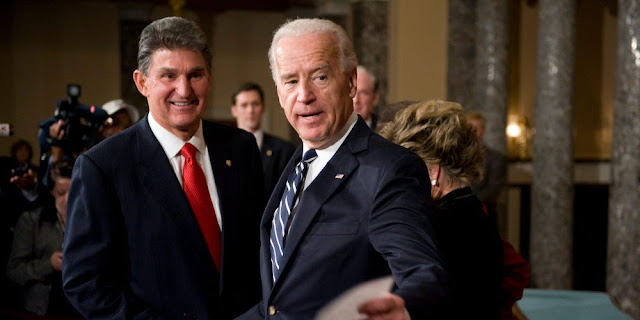 As I wrote previously, Democrats have been crystal clear about their plans for passing a COVID relief bill. Speaker Nancy Pelosi summed it up by saying that, "We want it to be bipartisan always, but we can't surrender."

While West Virginia Democratic Senator Joe Manchin has stated that he won't support the elimination of the filibuster, he did sign on to passing COVID relief via budget reconciliation, which will only require 51 votes. During an interview on Morning Joe, he said that Biden had told him that Democrats can’t do what they did in 2009 and negotiate for 9 months only to have Republicans still not vote for the package in the end. Manchin responded by agreeing to vote in favor of starting the reconciliation process.

The statement from Biden about not repeating what happened in 2009 has led some progressives to run the risk of pulling a muscle while they pat themselves on the back. Their claim of "I told you so" stems from their long-held contention that President Obama's agenda was constantly thwarted by his insistence on negotiating with Republicans. That seems to be Ryan Grim's point when he wrote that Biden's comment "marks a startling departure from the Democratic Party’s long-running inability to learn from failure." Grim then goes on to share his version of the events that led to the passage of both the 2009 stimulus bill and Obamacare.

If we take Biden's words at face value, it is clear that he is referring to the process that was used to pass Obamacare. That is because President Obama signed the stimulus bill on February 17, 2009 - less than a month after he was inaugurated. In many ways, that points to the fact that the better comparison is between COVID relief and the 2009 stimulus package. Both required a sense of urgency as people's lives and livelihoods were threatened.

What the Obama administration faced at the time was a 58-member Democratic majority in the Senate. They not only needed at least two Republicans to join them in passing a stimulus package, there were several Democrats who consistently put downward pressure on the amount of funding they were willing to support. Convincing arguments have been made that, in the end, the $787 billion package was too small, but rarely has anyone explained how a larger bill could have been passed—especially that quickly.

When it comes to the passage of Obamacare, I am most intrigued by Grim's suggestion that Democrats have demonstrated a "long-running inability to learn from failure." As with the size of the stimulus package, there is a lot that can be critiqued about the process used to pass Obamacare. But here's the kicker: much of that process was adopted to avoid making the same mistakes that doomed health care reform during Bill Clinton's presidency. As Carl Hulse wrote,  in passing Obamacare, Democrats were concerned about repeating past mistakes, "particularly the Clinton health care effort in 1994, whose spectacular collapse was attributed partly to a failure to involve Republicans from the start." A case can be made that health care reform passed precisely because Democrats learned from their previous mistakes.

President Biden was in the Senate when health care reform failed in 1994 and had an upfront view of what happened during the process of passing Obamacare. What we have, then, is a president with a long institutional memory of what has and hasn't worked in the past. His task now is to apply that knowledge to an ever-evolving present.