What Is Blogging? And Is it Dead? 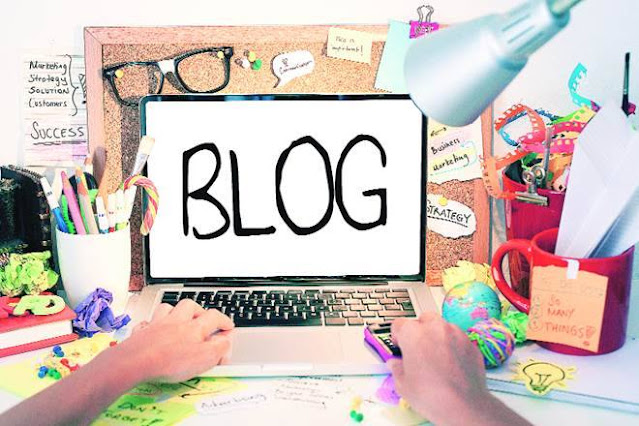 I was first introduced to political blogging by Howard Dean's presidential campaign in 2004. By then, some of the liberal grandmothers and fathers of the medium were already well underway, including Markos Moulitsas at Daily Kos, Josh Marshall at Talking Points Memo, Duncan Black (aka Atrios) at Eschaton, Ezra Klein at Pandagon, Jerome Armstrong at MyDD, and Heather Digby Parton at Hullabaloo.

As you'll note from the links I provided (or the lack thereof), some of those blogs have thrived and some are gone. I'm not going to try to provide a history of how political blogging started or how it developed because it would take a book to do so. At this point, I only have rudimentary knowledge about all of the ins and outs anyway. But there are a few developments that I find fascinating that can, perhaps, help us explore exactly what "blogging" means, as well as whether or not it remains viable today.

The list of blogs up above demonstrates some of the diversity in blog formats. DailyKos has something called a "front page," where (mostly) paid staff post news updates and opinions. But community members can also post entries, which basically opens the process to almost anyone. Obviously, Talking Points Memo has evolved over time into something that more closely resembles a traditional online publication. But Marshall still maintains his "Editor's Blog." Eschaton and Hullabaloo remain pretty much what they've always been.

But perhaps as much as anyone, Ezra Klein represents much of how blogging evolved. After starting at Pandagon, he was hired by the Washington Post in 2013 to write the "Wonkblog." By then, a lot of newspaper and print magazines had incorporated blogging as part of their online presence. The Atlantic is a perfect example. At one point, their bloggers included names like Andrew Sullivan, Ta-Nehisi Coates, and Megan McArdle. That raises the question of how those blogs were different from the other articles at those publications.

In 2015, J.J. Gould, who was the editor of TheAtlantic.com at the time, wrote about how that publication began to deemphasize blogging with posts by new writers that didn't come from their blog streams.

Along the way, our posts came more and more to resemble what we’d traditionally just call articles: They have headlines framed to draw you into the story (vs. to break up a rolling blog). They have lead sentences and paragraphs written to engage you in it (vs. abrupt pivots from blunt openers like, “Glenn has a great post up on his blog today ...”). They’re carefully edited. They’re carefully produced. In form, they’re magazine articles, just created in the cadences of new media.

Gould goes on to write that blogging "ended up out of phase with the ascendant dynamics of distribution and consumption on a bigger and bigger Internet." I have no idea what he means by that. But it is clear that Gould has a certain amount of disdain for a format he thinks lacks hard-hitting headlines and lead sentences, but perhaps even more importantly, aren't carefully edited and produced.
That was the distinction made by The Atlantic that led them to deemphasize blogging. It is pretty similar to what recently happened at the Washington Monthly, which had a history of embracing bloggers like Kevin Drum, Steve Benen, Ed Kilgore, Martin Longman, and myself. They too have made the decision to abandon blogging and go with posts that Gould refers to as "articles."
I would submit that the distinction Gould draws between "blogs" and "articles" has been blurred. While the Washington Post has discontinued publication of Wonkblog (whose very name defies the distinction), they have continued to publish the PlumLine, where Greg Sargent and Paul Waldman do some of the best news commentary that can be found online today. It's true that they no longer call it a "blog," but refer to it as "opinion." But that change in label didn't alter the content of what those two have always produced. Similarly, Rachel Maddow continues to publish the MaddowBlog, where Steve Benen provides some of the best news and analysis you'll find anywhere.
There are some differences between blogging and traditional journalism that are worth noting. Most bloggers rely on investigative journalism by major media outlets. They typically don't "report" the news, but provide commentary—usually from a partisan perspective. From there, the field is wide open, including everything from Duncan Black's cryptic one-sentence posts to musings on the topic of the day from Josh Marshall to Kevin Drum's charts and graphs to a detailed description of the budget reconciliation process by Martin Longman.
In other words, blogging clearly isn't completely dead. But at this point, I have more questions than answers about what the term means. As I was thinking about this recently, an analogy occurred to me. If you're old enough, you might remember the distinction between local and long distance telephone calls. Local calls were free, but you had to pay extra for long distance calls. Area codes drew the boundaries. The farther away an area code was from the origin of the call, the more expensive it was. The advent of cell phones eventually did away with the distinction. I suspect that the "bigger and bigger internet" Gould referred to is similarly scrambling the distinction between blogs and articles.
Since finding myself without a job at the Washington Monthly, I've been trying to sort out what attracted me to blogging in the first place. Back in 2004, I found solace in reading the opinions of like-minded folks when it felt like liberals had been betrayed by the mainstream media and the resulting re-election of Bush/Cheney. But I started this blog a few years later as a place to get away from the noise and explore questions I didn't think other media outlets or blogs were pursuing about race in America and the election of Barack Obama.
Now I find myself back at this place to explore what I want to write about, free from the expectations of others. I'll do so in the format of blogging as a way to continue to construct my "big picture look at life and politics." That might not fit with the "ascendant dynamics of distribution and consumption on a bigger and bigger Internet." But since I don't know what that means, it won't stop me from going on this journey. You are more than welcome to join me for the ride.
at February 05, 2021