For Republicans, the Firing Squad Is Pointed at American Workers 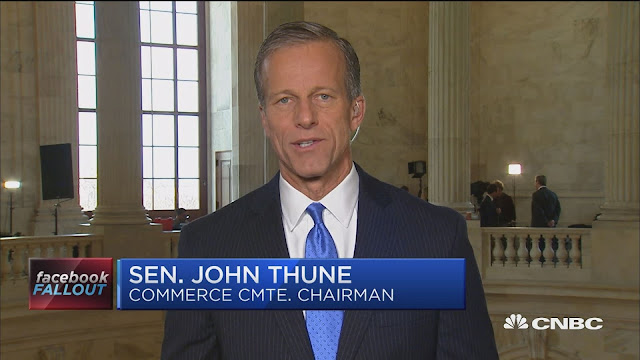 Since the Senate parliamentarian ruled that raising the minimum wage to $15/hr doesn't fit the guidelines for passing legislation via budget reconciliation, Democrats have disagreed about how to move forward. Welcome to politics 101. Some in the media, however, want to exploit a disagreement like that with clickbait headlines like: "Democrats Form a Circular Firing Squad."

The focus right now should be on the fact that every Republican in the House voted against the COVID stimulus bill that included a raise in the minimum wage. The consensus is that the same thing will happen in the Senate. In other words, Democrats want to raise the minimum wage and Republicans are against it. In making his case, Senator John Thune (R-SD) employed a deceptive argument.

I started working by bussing tables at the Star Family Restaurant for $1/hour & slowly moved up to cook – the big leagues for a kid like me– to earn $6/hour. Businesses in small towns survive on narrow margins. Mandating a $15 minimum wage would put many of them out of business. pic.twitter.com/izQDOGRAH1

The immediate response was to point out that, when adjusted for inflation, Thune's $6/hour would equal well over $20/hour today. In other words, he just made the case that raising the minimum wage to $15/hour might not be enough. Either Thune isn't very bright, or he assumes that the rest of us are too ignorant to notice that he's playing us for fools.

Anyone who would suggest that compensation doesn't need to keep up with inflation should probably have a chat with this country's CEOs. During roughly the same time period Thune referred to, analysis by the Economic Policy Institute found that, when adjusted for inflation, CEO pay rose a whopping 1,167 percent. So while the minimum wage has lost ground, the people who run the businesses those employees work for have had a massive pay increase that goes well beyond inflation. That helps explain why the CEO-to-typical-worker compensation went from 21-to-1 in 1965 to 320-to-1 in 2019.

Adding insult to injury, in 2017, Republicans passed tax cuts which were primarily focused on lowering the corporate tax rate for the very companies that have been shifting gains from workers to CEOs over the last 40 years or more. What did corporations do with all of that extra money? Did it "trickle down" to workers as Republicans claimed? Analysis showed that:

80 percent of cashflow went to investors through buybacks, dividends, or other asset planning adjustments. The vast majority of corporate stocks are held by the wealthy, including foreign investors, and thus they are the ultimate beneficiaries of the windfall corporate tax cuts.

Those numbers capture what we're talking about when we suggest that income inequality is a major problem in this country. It isn't a matter, as Thune claims, that the money isn't there to provide workers a raise. It is that structurally, the system has demonstrated that the gains are almost always captured by those at the top. In other words, it is a systemic problem. Left unaddressed, history tells us that things will only get worse.

A federally mandated minimum wage is just one way to address that systemic problem. But the party that constantly wrings their hands about how Democratic initiatives disincentize  work refuses to embrace the one thing that would make work pay for those who have been falling behind for decades. They are satisfied with the status quo.

As Democrats work out their process disagreements about how to move forward to raise the minimum wage, the difference that needs to be highlighted is that for Republicans, the firing squad is pointed at America's workers.