The CIA's First Paramilitary Operation and the Allies We Left Behind 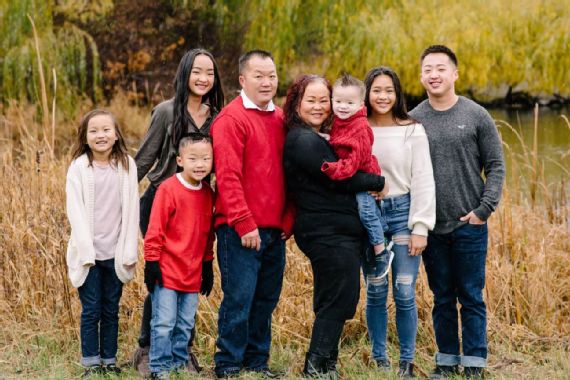 It was just a month ago that Sunisa (Suni) Lee became the first Hmong American to win an Olympic Gold Medal. She credits her step-father, John Lee, as her best friend and biggest supporter. In light of the events in Afghanistan over the last couple of weeks, his story is poignant.

John was 7 [in 1979] when his parents brought him and his siblings to the U.S. from Laos, one of several countries where the Hmong, an ethnic group of between 6 million and 12 million people, live. John's father was a Hmong soldier who fought alongside the U.S. military during the Vietnam War in what is now known as the Secret War.

Perhaps you've heard of the "Secret War" that took place in Laos from 1961 to 1973. It has been fairly widely reported that "the U.S. dropped more than two million tons of ordnance on Laos during 580,000 bombing missions—equal to a planeload of bombs every 8 minutes, 24-hours a day, for 9 years – making Laos the most heavily bombed country per capita in history."

But the reason why the war was a secret is that the operation was carried out by the CIA - not the U.S. military. As Joshua Kurlantzick chronicled in his book, "A Great Place to Have a War: America in Laos and the Birth of a Military CIA," it was "the largest covert operation in U.S. history." During a conversation with NPR's Dave Davies, he talked about how Laos was one of the first casualties of the so-called "domino theory."

Laos's civil conflict, which had started basically in the '50s, began to get larger and larger, and finally there was a coup in 1960 in Laos by a lower military officer, not necessarily a communist, but one who definitely wanted to change the system. So now you have, in American policy circles - which have already committed to this fear that communism is going to spread west through Asia, possibly into Thailand, maybe even into India and Indonesia - there is this fear that now Laos is going to turn communist.

As Kurlantzick explained, Laos became a "perfect storm of opportunity" for the CIA.

The perfect storm was you had a country in Laos that was clearly important to U.S. foreign policy-makers at that time. But the State Department and the Defense Department didn't really know much about the country. They hadn't been that involved. The CIA had been a little bit more involved in the country - playing with elections in the late '50s and other things like that. And then, suddenly, you have this possibility from this extraordinary guy named Bill Lair who knows the area, connects with the Hmong. He's got a plan to train the Hmong. And it all comes together in this way.

So the CIA recruited and trained Hmong soldiers, who initially fought communist forces in Laos, but went on to rescue downed pilots flying those bombing missions and worked to sabotage the Ho Chi Minh Trail from North Vietnam. Over the course of this "secret war," some 40,000 Hmong soldiers were killed, an estimated one-fourth of the men and boys.

Kurlantzick described how it all ended.

Nixon and Kissinger made a deal with North Vietnam, a peace deal, and that deal covered Vietnam...[but] didn't really bother to utilize the Laotian leaders in it at all. After the deal was signed at Paris, Kissinger and other officials came to Laos and basically said, hey, we signed this deal, and we're going to be downgrading your assistance and pretty much cutting you off from the war effort. So you're going to have to sign your own deal with North Vietnam. Make the best that you can do. It was a pretty serious abandonment.

With that, more than 120,000 Hmong people became refugees in their own homeland.

But for the CIA, their first paramilitary operation was deemed a success.

[H]aving worked in Laos was now good on the CV because Laos was the place where the CIA gained power, had shown it could manage a paramilitary war, had boosted its budget.

And people who had been in Laos went on to new operations in Central America in the '80s - in Afghanistan in the '80s when the United States was assisting fighters against the Soviet-backed government. And even into the early days of post-2001 Afghanistan.

When you read about the CIA's paramilitary operations in places all over Latin America, keep in mind that it all began in Laos.

Back in the 1990s, I worked with a lot of Hmong young people who were from John Lee's generation. They recounted horrific but awe-inspiring stories about how, as children, their families fled Laos - which meant crossing the Mekong River - to get to refugee camps in Thailand. Many of them spent their childhood in those camps, waiting to gain admission to the country their parents had fought for.

Life was hard initially for Lee's generation (and his father's). But now there are over 325,000 Hmong people living in the U.S. - primarily in Minnesota, Wisconsin, and California. As Suni Lee's generation demonstrates, they are making major contributions to this country. I am in awe of their courage and determination.