Recently, the Obama campaign reached the milestone of having one million donors. To celebrate, they put together a web page full of all kinds of data on those one million people - including the number of donors per state.

New York Magazine took that information and made a "money map" (which really should be called a "donor map"), listing the number of donors per capita in each state. 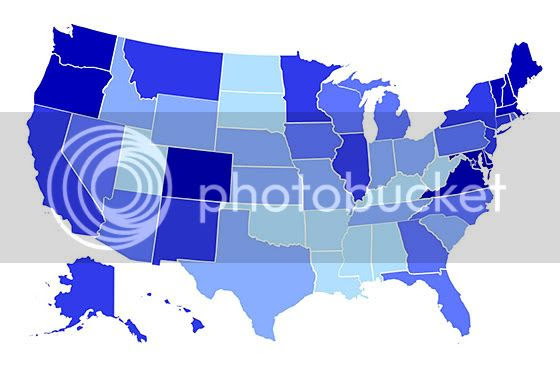 The map includes 5 shades of blue - which sometimes makes it difficult to decipher. But overall, it matches a lot of assumptions about what the 2012 election will look like. The two lightest shades of blue are mostly states where President Obama will be least competitive. The two darkest are states he'll likely win. And the middle shade generally includes the battlegrounds.

If so, there's some good news and bad news. First of all though, we need to acknowledge that the small populations of Montana and Alaska likely skewed their results.

In terms of bad news - its all about Ohio. It falls in with states like South Carolina and Texas in the second lightest shade. Also joining Ohio is Indiana - a state Obama won in 2008 but not many expect him to take again.

By way of good news - Colorado stands out big time in its dark blueness.

But there's also some good news in the swing states. Mostly they're the typical bunch - including states like Pennsylvania, Florida and Michigan. But check out Arizona and Georgia! Obama lost both of them in 2008 (he won all of the other middle blue shaded states). If they're really up for grabs, things could get very interesting. 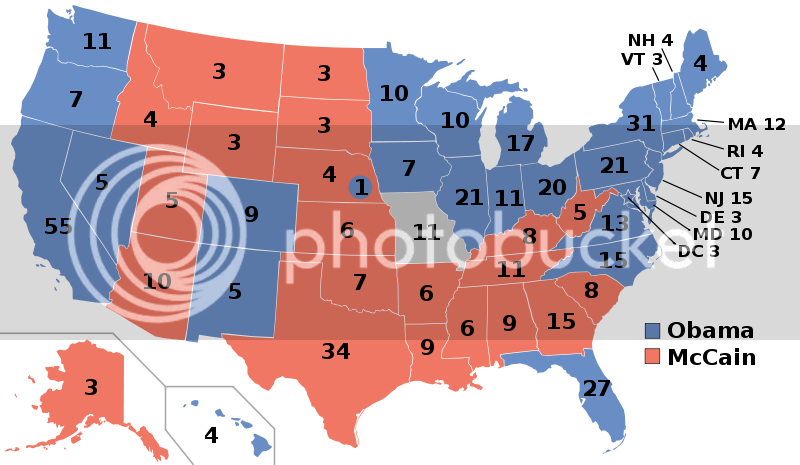