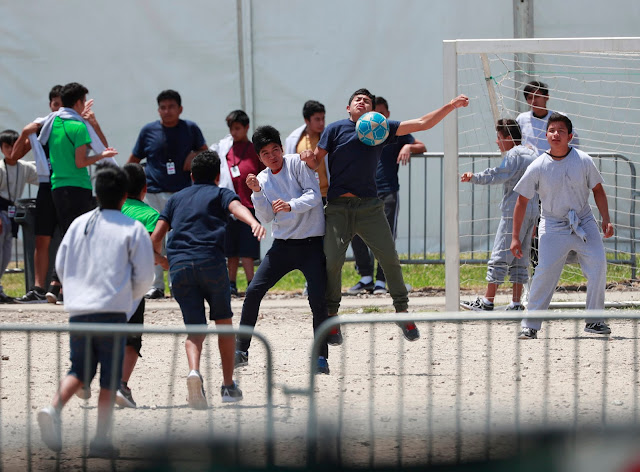 When it was reported that the Biden administration was re-opening a shelter for migrant teens in Texas, there were those (like Rep. Alexandria Ocasio Cortez) who suggested that this president's response to children at the border was no different than Trump's. But nothing could be further from the truth.

The first thing to keep in mind is how the previous administration used and abused migrant children. When it came to their family separation policy, in which children were literally ripped from the arms of their parents and warehoused in cages, cruelty was the point. It has now been documented that the policy was adopted as a deterrent to discourage asylum seekers from coming to this country in the first place—which is illegal. As Rep. Lauren Underwood demonstrated when she questioned former DHS Secretary Kirstjen Nielsen during a committee hearing, the administration ignored the fact that they were creating long-term mental and physical harm to these children by separating them from their parents.

But that isn't the only way the Trump administration abused migrant children. For example, they waived background checks on staff working at the shelters, which amounted to putting out a "pedophiles wanted" sign at every facility. So it should come as no surprise that this happened:

Thousands of accusations of sexual abuse and harassment of migrant children in government-funded shelters were made over the past four years, including scores directed against adult staff members, according to federal data released Tuesday. The cases include allegations of inappropriate touching, staff members allegedly watching minors while they bathed and showing pornographic videos to minors.

So how does the Biden administration's approach to migrant children stack up against all of that? The first thing to note is that the shelter in Texas is for 13-17 year-olds who arrive at the border unaccompanied. There is no family separation involved. That could be the end of the story. But there's more.

The number of unaccompanied children being detained at the border has actually gone up slightly. That is because the administration also reversed some of Trump’s expulsion practices by accepting them into the country while they await asylum hearings. The process of finding homes for these children as they await their day in court has been complicated by the coronavirus pandemic. While detaining these children in shelters is not ideal, alternatives are few and far between.

As we all should know by now, cleaning up all of the messes created by the Trump administration will take time. That is especially true when it comes to the way our entire immigration system was corrupted. But we can learn a lot about Biden's goals for that by examining what has been included in his proposal for immigration reform. The Young Center for Immigrant Children's Rights highlighted a key provision that has mostly gone unnoticed.

For the first time in our nation’s history, federal legislation would require immigration officials at the border to consider the best interests of the child in their decisions...The bill would also require training for all DHS personnel who may come into contact with children and ensure licensed medical and child welfare professionals at the border. In direct response to the prior administration’s unprecedented, illegal, and cruel policy of separating families to deter migration, the bill prohibits immigration officials from separating children from their parents for the purpose of enforcing immigration law. The bill would also take steps toward a more equitable and just immigration system by ensuring every child placed in adversarial deportation proceedings has an attorney.

That strikes me as a BFD (as Biden might say) for two reasons. The first is that it makes passage of immigration reform by congress even more important. Codifying those priorities into law would be a significant step forward. But secondly, while we await passage of the bill, those provisions are a clear statement about the Biden administration's approach to child migrants. Placing their best interests at the heart of how immigration officials handle these issues at the border is a necessary and significant shift in priorities.

This photo was taken at the Civil Rights Memorial in Montgomery, Alabama created by Maya Lin (the same artist who created the Vietnam Memori... 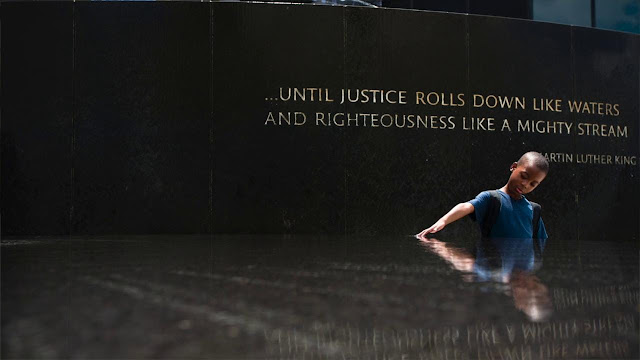