A recent UN report (click on "Statistics on Displaced Iraqis Around the World, September 2007) tells of the effects our "shock and awful" occupation has had on the surviving people of the country.

An estimated 60,000 Iraqis are being forced to leave their homes every month by continuing violence. As of September 2007, there were believed to be well over 4 million displaced Iraqis around the world, including some 2.2 million inside Iraq and a similar number in neighbouring countries (in particular Syria and Jordan) and some 200,000 further afield. Around one million were displaced prior to 2003. The ability of neighbouring states to handle such larger numbers is close to breaking point. In recent months visa restrictions have been considered which, if implemented, will result in Iraqis having greater difficulty finding a safe haven. UNHCR’s April 2007 Conference on Iraqi displacement focused attention on the huge humanitarian crisis developing in the region. Over the past year, Iraqis have once again become the leading nationality seeking asylum in industrialized countries.

And how is the US doing in taking in these refugees that we are responsible for creating? Yup, you guessed, we wouldn't want to worry our "beautiful minds" with all of that. While our "enemy" Syria has taken in over 1 million Iraqi refugees, the US has admitted a whopping 1,608 of the promised 7,000. All accounts are that it is the middle class of Iraq, the ones with the means to leave, who have done so. Here's a picture of why from a family formerly of Fallujah. 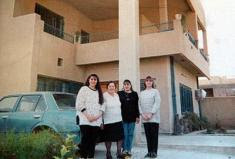 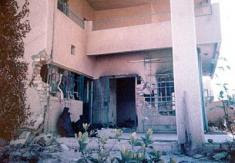