Another US Land-Grab from Indigenous People Happening Right Now!

From the blog Intercontinental Cry, here is a letter from Margo Tamez asking for help for the people of El Calaboz, Texas as the Border Patrol, Army Corp of Engineers, and NSA harrass them to give up their ancestral lands in order for the border fence to be built.

Dear relatives,
I wish I was writing under better circumstances, but I must be fast and direct.

My mother and elders of El Calaboz, since July have been the targets of numerous threats and harassments by the Border Patrol, Army Corps of Engineers, NSA, and the U.S. related to the proposed building of a fence on their levee.

Since July, they have been the targets of numerous telephone calls, unexpected and uninvited visits on their lands, informing them that they will have to relinquish parts of their land grant holdings to the border fence buildup. The NSA demands that elders give up their lands to build the levee, and further, that they travel a distance of 3 miles, to go through checkpoints, to walk, recreate, and to farm and herd goats and cattle, ON THEIR OWN LANDS.

This threat against indigenous people, life ways and lands has been very very serious and stress inducing to local leaders, such as Dr. Eloisa Garcia Tamez, who has been in isolation from the larger indigenous rights community due to the invisibility of indigenous people of South Texas and Northern Tamaulipas to the larger social justice conversation regarding the border issues.

However recent events, of the last 5 days cause us to feel that we are in urgent need of immediate human rights observers in the area, deployed by all who can help as soon as possible–immediate relief.

My mother informed me, as I got back into cell range out of Redford, TX, on Monday, November 13, that Army Corps of Engineers, Border Patrol and National Security Agency teams have been going house to house, and calling on her personal office phone, her cell phone and in other venues, tracking down and enclosing upon the people and telling them that they have no other choice in this matter. They are telling elders and other vulnerable people that “the wall is going on these lands whether you like it or not, and you have to sell your land to the U.S.”

My mother is under great stress and crisis, unknowing if the Army soldiers and the NSA agents will be forcibly demanding that she sign documents. She reports that they are calling her at all hours, seven days a week. She has firmly told them not to call her anymore, nor to call her at all hours of the night and day, nor to call on the weekends any further.She asked them to meet with her in a public space and to tell their supervisors to come.They refuse to do so. Instead, they continue to harass and intimidate.

At this time, due to the great stress the elders are currently under, communicated to me, because they are being demanded under covert tactics, to relinquish indigenous lands, I feel that I MUST call upon my relatives, friends, colleagues, especially associates in Texas within driving distance to the Rio Grande valley region, and involved in indigenous rights issues, to come forth and aid us.

Please! Please help indigenous women land title holders resisting forced occupation in their own lands! Please do not hesitate to forward this to people in your own networks in media, journalism, social and environmental justice, human rights, indigenous rights advocacy and public health watch groups!

I can't claim to know alot about what is going on related to this border fence building. But I have heard about it running straight through backyards, environmental protections given the shaft, and ancestral graves dug up. When is it finally time to stand up and say "STOP THIS MADNESS?" 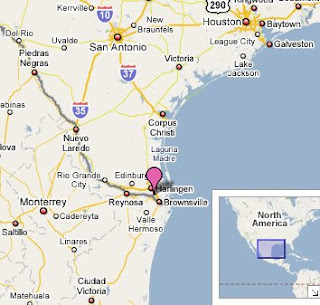