Pax, Libby and Me

I have posted pictures of my little sweetie Pax here before. But just in case you haven't seen them, here she is. 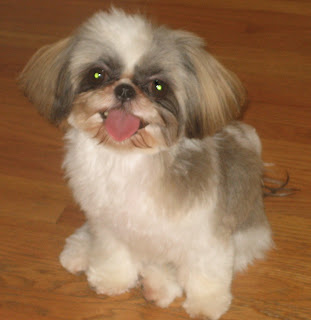 Pax is a one year old teacup shih tzu and weighs in at just about 4 pounds. I brought her home just about a year ago, which was six months after I'd had to say goodbye to my buddy Henry the beagle. 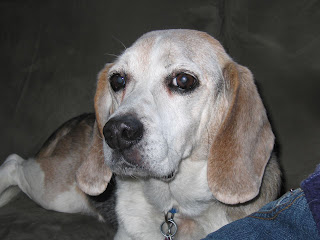 I got Henry at the humane society where he'd shown up as a runaway (typical beagle). He was a bit fiesty and had that obnoxious beagle "bark/howl" so people were mostly a bit stand offish with him. I got no end of crap from my neighbors if he was ever outside long enough to unleash that howl.

But Henry was my cuddle buddy. You know, that kind of dog that needs to sleep with you with his body stretched out with contact from his nose to his tail. No matter where I settled, on the couch, on the floor, or in bed, Henry had to be there all snuggled up beside me.

Its been a year and a half since I had to say goodbye to Henry. His heart finally gave out at about 15. And I still miss him.

But there is another member of my household. Her name is Libby and she's been with me the longest. 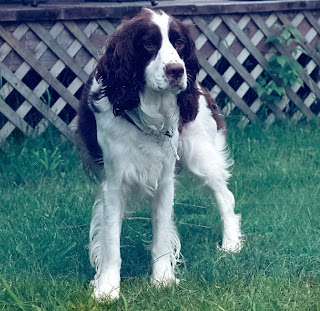 Libby was my first dog. I found her at the human society just after I bought my first house. The minute I saw her, I thought she was the most beautiful dog I'd ever seen. She'd been left there by a family with 3 kids when they'd had to move from a house to an apartment. I didn't do my research before looking for a dog and had quite a surprise with Libby. Seems she'd been depressed after being left at the human society. When I got her home and settled, I learned all about the springer spaniel energy! Given that I'm pretty much a couch potato, I worried that we weren't a good fit. But by then I was so in love with her - we had to find a way to make it work. And we did. One of the things I did was toss a tennis ball down the stairs to the basement. She'd run down and back up the stairs with it over and over and over.

But Libby is 17 going on 18 now and doesn't run anymore. She can't even get down the 3 stairs to the landing at my back door to go outside without assistance from me. She's still eating, but doesn't do much else and I'm afraid she's on her last leg.

This holiday season, my whole family is gathered in Texas. I let them know that as long as Libby hangs on, I need to be here with her and keep her as comfortable as possible. So this year, its just Pax, Libby and me for the holidays. But what good company they are!!
at December 25, 2007