Loaves and Fishes
By David Whyte

This is not
The age of information.

This is not
the age of information.

Forget the news,
and the radio
and the blurred screen.

This is the time
of loaves
and fishes.

People are hungry,
and one good word is bread
for a thousand. 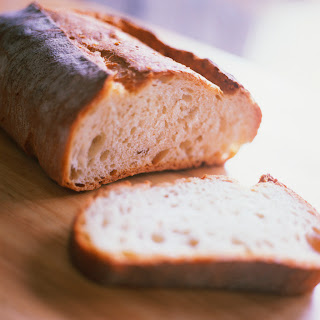 I suppose you can call a poem "great" when it rings in your head asking questions months after you've read it. That's why I think this is a great poem. I can't really be sure that I know exactly what Whyte meant, but these words regularly challenge one of the major struggles going on in my life these days.

Like so many of us, I want to change the world. My problem is, no one elected or appointed me "Queen of the Universe," so I'm having a little trouble getting that done.

But then, there is this quiet and persistent voice inside saying, "Slow down and pay attention to the people right in front of you." I think that one of the things Whyte is saying is that we need each other more than we need information. Its the person to person connection Daniel Berrigan talks about:

Something powerful happens in the "meeting of the eyes" in this sharing of the word or bread. It is not just the bread or the word that is being exchanged. This human to human connection is something we all need to survive - its hard-wired into us. It feeds our souls the same way that food feeds our bodies. And like food, the more nutritious the connection, the healthier we become.

People are indeed hungry for that human connection and are all too often trying to feed it with the "fast food" of mindless consumption and superficial pablum (ie, Brittany Spears' travails). As the hunger mounts, the fear sets in and people become susceptible to manipulation and propaganda. And we who are trying to change things too often offer them information and data. These are worthwhile and important, but they don't assuage the fear or fill the void left by the hunger.

There's no way to "mass media" this kind of connection. It happens person-to-person and that means it takes patience and persistence. But eventually I think the ripples will start being felt exponentially. 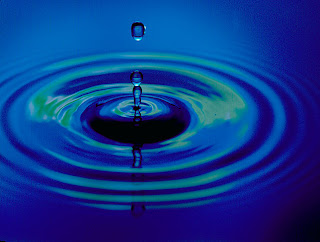 Its hard to know every day that there is so much wrong with the world and feel like I have so little to contribute to change things. But I think about Nelson Mandela spending those 27 years in jail while his brothers and sisters died fighting apartheid and oppression. I've read that while in prison, Mandela didn't just rail against the injustice. He reached out to those around him, both prisoners and guards, and touched their souls with his presence and wisdom. He knew they were hungry, and he realized the radical notion that "one good word is bread for a thousand."
at February 02, 2008