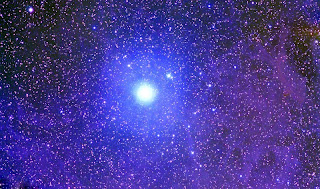 This kind of critique of Obama is nothing new. We've been hearing it almost since day one of his Presidency.

It seems to me that the outcome of the process isn't something he has a vested interest in ensuring. He says, often in fact, that "all options are on the table" or "I'm willing to listen to anybody." ... He doesn't see himself as an advocate, but an arbitrator. The worst thing for President Obama to deal with is not a bad outcome, but a bad process. It is a mistake to believe that the president doesn't have a preferred outcome and that it isn't often progressive. He does, but he isn't willing to disrupt the process over it with political fights. He believes that whatever a calm, orderly process produces is what is best, even if he disagrees with the results. Even if it occurs in backrooms. Perhaps this is why so many Democrats are scratching their heads trying to figure out what the president believes. What his motives are. What his politics are.

While this writer begins his article stating that he doesn't think this makes Obama naive or weak, that is the conclusion of many who see things this way.

What I hear is people trying very hard to understand Obama. And yet they continue to apply their own frames and patterns rather than make an effort to see things through fresh eyes. I'd like to suggest that these folks read James Kloppenberg.

And perhaps, even listen to Obama himself on what he has to say about outcomes.

So, my job is to make sure that we have a North Star out there, what is helping people live out their lives; what is giving them more opportunity; what is growing the economy; what is making us more competitive. At any given juncture there are going to be times that my preferred option, what I am absolutely, positively sure is right, I can’t get done. And so then, my question is, does it make sense for me to tack a little bit this way or that way because I am keeping my eye on the long-term and the long fight. Not my day-to-day news cycle, but where am I going over the long-term.

While I do believe that Obama values a process where all sides are brought to the table and heard (in other words - democracy), he has a North Star...:"what is helping people live out their lives; what is giving them more opportunity; what is growing the economy; what is making us more competitive."

That North Star is not dependent on a particular ideology - much to the confusion of extremists on both sides of the equation. By nature, a North Star is off in the distance (ie, long-term) and is used to guide our journey in the here and now...to ensure that we stay the course, even as we have to "tack a little bit this way or that." If your vision is too short-sighted, this is probably something you're likely to miss.
at December 12, 2010