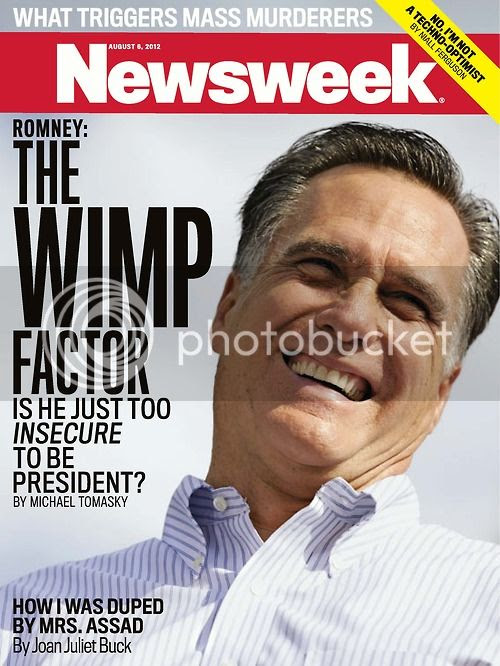 The content for the cover story isn't available online or in print yet. But you can access it via an ipad application.

The full article is available here.

As the covers says, the article is by Michael Tomasky. The title of the article inside is "A Mouse in the White House? Mitt has bowed to reporters and cowered from the right. He's a candidate with a serious wimp problem."

Tomasky alludes to #romneyshambles right away and then summarizes this way:


The episode highlights what's really wrong with Romney. He's kind of lame, and he's really...annoying. He keeps saying these...things, these incredibly off-key things. Then he apologizes immediately - with all the sincerity of a hostage. Or maybe he doesn't: sometimes he whines about the subsequent attacks on him. But the one thing he never does? Man up, double down, take his lumps.

I personally think that a lot of men (including Tomasky in this article) still have a lot of work to do in figuring out what "man up" means. For example, he takes a shot at Romney in this article for letting his wife Ann drive the jet ski. 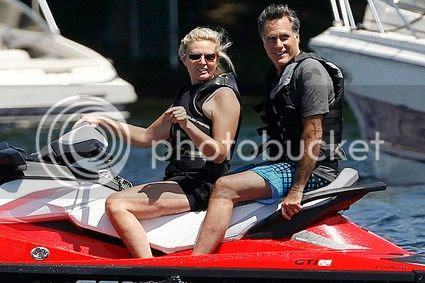 Hint to Tomasky: women like men who recognize that its ok for a woman to be in charge.

On the other hand, he totally nails it with this:


And what kind of presidential candidate whines about a few attacks and demands an apology when the going starts to get rough? And tries to sound tough by accusing the president who killed the world's most wanted villain of appeasement? That's what they call overcompensation, and its a dead giveaway; it's the "tell." This guy is nervous - terrified - about looking weak. And ironically, being terrified of looking weak makes him look weaker still.

That could be a serious problem in a president.


But if Romney is elected? Be nervous. A Republican president sure of his manhood had nothing to prove...But a weenie Republican - look out. He has something to prove, needs to reassert that "natural" [Republican] advantage. That spells trouble more often than not.