For most of my lifetime, the basic Republican message has been about 3 issues:

In the past they've been able to sell a lot of the 99% on these things through fear - especially when it comes to their culture war. That's one of the reasons this election was such a big deal. The country is changing and those cultural issues don't work anymore. All of those things - including the  Southern Strategy, marriage equality, women's reproductive rights, demonization of immigrants, Islamophobia - were taken off the table.

So now they're left with having to openly defend those 3 basic goals the cultural issues were meant to obfuscate.

The last fear tactic left standing is their attempt to claim that they care about the federal deficit. Even with data like this, too many people still buy that lie. 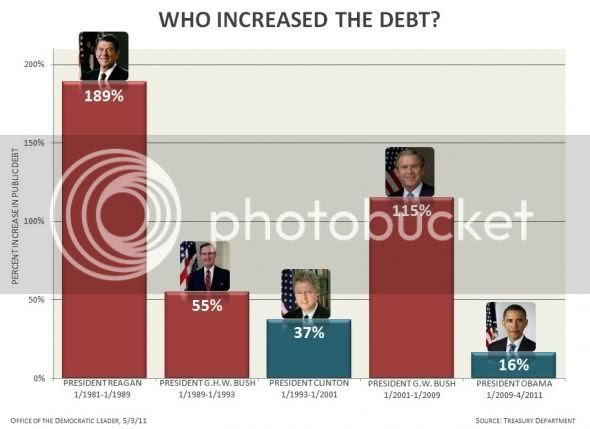 All of that...every single one of those issues...is going to be on the table as Democrats and Republicans work out a deal on what has been described as the "fiscal cliff." The first thing for Americans to recognize is that it has been the balanced approach of Democrats that has been proven effective in reducing our debt.

Beyond that, the way the Democrats have set up the negotiations means that those three primary issues up top are going to be in competition with one another. The Republicans can go for broke on all of them - and lose everything. Or they can compromise on all of them. Or they can pick one and fight for it at the expense of the other two.

I'd suggest that privatizing the entitlements is off the table at this point. So that leaves the other two - taxes and military spending - to fight it out.

It's crunch time for Republicans. Their agenda is being laid bare and is on the blocks. Grab the popcorn and watch the show brought to you by the superior negotiating of the Democrats.
at November 12, 2012