It will be fascinating to hear what happens in the Supreme Court today and tomorrow as oral arguments are heard about DOMA and California's Prop 8. But I'd like to remind you of a couple of things:

First of all, remember that after oral arguments on Obamacare, almost every commentator said it would be overturned. Of course...they were wrong. So the real news comes when the decision is announced, not today.

Secondly, I'd like to remind you of something I wrote about a while ago called the diffusion of innovations. It is basically a theory about how social change happens. 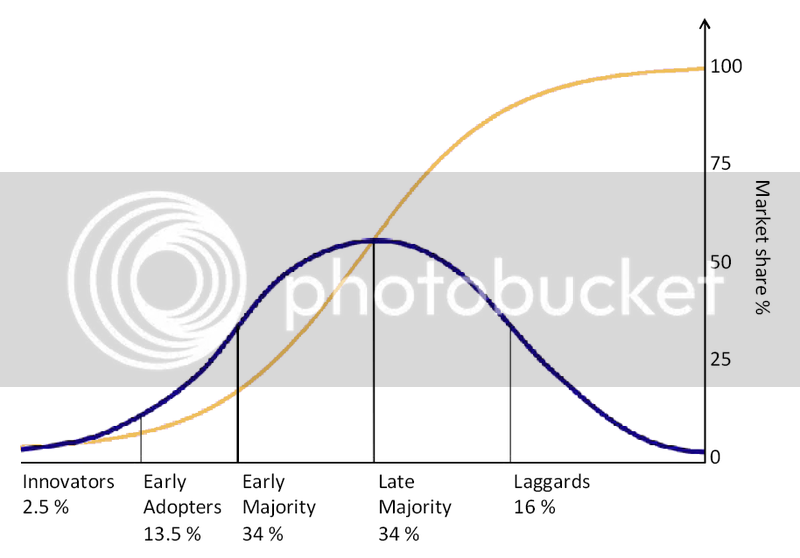 The blue line represents the rate at which various groups adopt the new idea/technology and the yellow line shows its market share.

When it comes to marriage equality, we are clearly now in the stage where the "Late Majority" is coming around. The question of the day is whether or not Supreme Court Justices like Anthony Kennedy and John Roberts are prepared to play the role of Laggards (I think we can safely assume that Scalia, Thomas and Alito fit that bill).

In other words, we've recently witnessed the arrival of the tipping point and change is inevitable. What remains to be seen is whether or not the Supreme Court will throw up barriers to that inevitability or facilitate it.
Posted by Nancy LeTourneau