As the media becomes consumed with talking about Rep. Paul Ryan's soon-to-be-released budget, please note that Republicans are no longer talking about the deficit (the annual short-fall between revenues and expenses). Now its all about the debt (the total accumulated historic shortfall).

For example, here's Ryan's opening line in his op-ed in the WSJ today:


America's national debt is over $16 trillion.

The reason they're not talking about the deficit any more can be demonstrated in one graph. 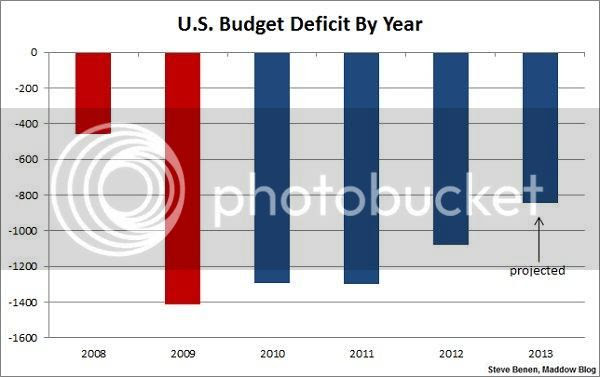 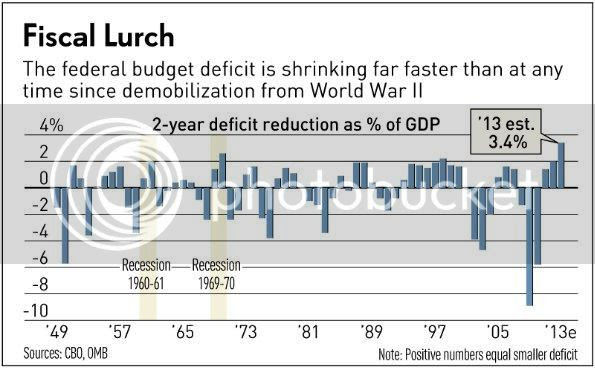 In order to scare voters into cutting spending that supports poor and middle class Americans, screaming about the deficit doesn't work anymore. They need a new big scary number for that. So perhaps we can enlist Bob Woodward to point out how they've suddenly "moved the goalposts."