"The other side may sometimes have a point"

That sentiment from President Obama is something xpostfactoid reminds us about today. He quotes from The Audacity of Hope:


In his rhetoric, Reagan tended to exaggerate the degree to which the welfare state had grown over the previous twenty five years...Still, the conservative revolution that Reagan helped usher in gained traction because Reagan's central insight--that the liberal welfare state had grown complacent and overly bureaucratic, with Democratic policy makers more obsessed with slicing the economic pie than with growing the pie--contained a good deal of truth. Just as too many corporate managers, shielded from competition, had stopped delivering value, too many government bureaucracies had stopped asking whether their shareholders (the American taxpayer) and their consumers (the users of government services) were getting their money's worth (156-157).

Boy, is that something I can relate to!

Having spent the last 20 years running a non-profit social service agency I can tell you that I get equally frustrated with the conservative approach of turning our backs on those in need and the bleeding heart liberals who waste our precious resources - balking at any attempt to hold them accountable for results.

Perhaps it is that experience that set the table for me to reject an ideological approach to liberalism and embrace a good dose of pragmatism.

For me, pragmatism is very different from centrism or Bill Clinton's triangulation. Those latter two are political strategies more than anything else. Pragmatism's primary concern is answering the question"what works?" We know that ignoring social ills doesn't work. But we should also know that conservatives have a point...simply throwing money at a problem doesn't work either. We need to be smart and accountable too. As a pragmatist, I believe that the best way to advance liberalism is through implementing good government.

Even though most Republicans have moved towards their own brand of extremism these days, I still believe that we have something to learn from the traditional conservative approach. Ancient philosophies tell us that the key is balance. 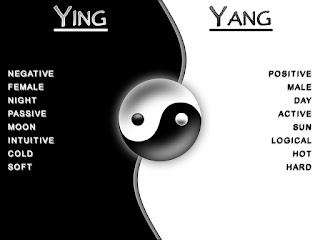 That's what India Arie is singing about.