Another fantastic appointment by President Obama

Just a couple of days ago I wrote about President Obama's Race Report Card. In reviewing the list of accomplishments, its impossible to miss the fact that most of them have come from the President's appointments of Eric Holder as Attorney General and Thomas Perez as Assistant Attorney General for Civil Rights. Now that Perez is Secretary of Labor, the latter position is open. And it looks like President Obama has chosen another winner...Debo Adegbile. 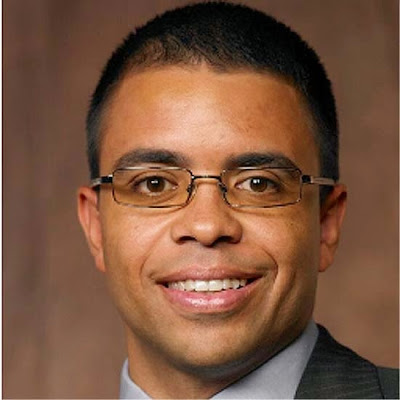 I was happy to see that my friend Denise Oliver Perez showcased Mr. Adegbile (and the backlash he's getting from the nativists) today.  Here's a little about his background from the Leadership Council on Civil and Human Rights.


Debo Adegbile is one of the preeminent civil rights litigators of his generation and a bipartisan consensus builder. His experience as the two-time defender of the Voting Rights Act in the Supreme Court puts him in a class of his own when it comes to understanding the application and enforcement of complex civil rights issues. Add that to his stellar career over ten years at the nation’s leading civil rights law firm—the NAACP Legal Defense and Educational Fund—as well as his work in the Senate and in the private sector, and it becomes clear that Adegbile’s skill set, talents, and experience make him the perfect choice to head the Civil Rights Division.

Adegbile’s life mirrors that of the American Dream. A son of immigrants from Ireland and Nigeria, Adegbile grew up in poverty with periods of homelessness to work his way through law school and one day defend American democracy in the Supreme Court.

Millions of Americans rely on the Civil Rights Division to enforce housing, education, and employment discrimination laws, hate crime laws, the Violence Against Women Act, the Americans with Disabilities Act, and the core civil rights statutes that allow all of us to take part in the fullness of American life. Debo Adegbile is the right nominee to head the Civil Rights Division. We call on the Senate to swiftly confirm him.

As I have often said, we tend to focus on legislative action when evaluating presidential accomplishments. But the primary job of POTUS is to administer the federal government. Nowhere is this more important than in the preservation and advancement of civil rights in this country.

Mr. Adegbile will have some big shoes to fill following the stellar work of Thomas Perez. But based on what I've read about him, he's up to the task. Keep your eye on this young man. And thank you President Obama for another fantastic appointment!
at December 01, 2013