President Obama commutes the sentences of 8 people. A lesson in outrage vs organizing ensues

Perhaps you've heard by now that this week President Obama commuted the sentences of 8 people convicted of using crack cocaine under the former disparate sentencing guidelines. Here is part of his statement:


Commuting the sentences of these eight Americans is an important step toward restoring fundamental ideals of justice and fairness. But it must not be the last. In the new year, lawmakers should act on the kinds of bipartisan sentencing reform measures already working their way through Congress. Together, we must ensure that our taxpayer dollars are spent wisely, and that our justice system keeps its basic promise of equal treatment for all.

Right on cue come the howls of "THAT IS NOT ENOUGH!" Here's Meteor Blades at Daily Kos:


No president, no attorney general can fix all that is wrong with our sentencing laws, even just our drug-sentencing laws. But in the case the crack-cocaine convicts, the president could wipe the slate clean without waiting for Congress to give him something to sign: Commute the sentences of those 7,000 federal prisoners who wouldn't be incarcerated right now if they had been sentenced under the 2010 law.

Nothing radical in such a move, just an act of justice and fairness. But it would take courage and the willingness suffer the inevitable barrage of media and nutcase attacks that would be delivered to any president who dared take such action.

And along comes the great Al Giordano to take down that nonsense:


To say, "Oh, it's only eight, he should have released all tens of thousands of them" is trademark "Eeyore Activism" (the syndrome in which any one step toward progress is never enough, in which some even express anger at the person who made that step). As one with scar tissue upon scar tissue from the slings and arrows of having fought to end all imprisonment for drug crimes for so long, I see it as a watershed moment. It "normalizes" the concept for public opinion, opening the door for the rest of us to organize to free the rest.

Can you imagine the media shit storm if all tens of thousands were released on the same day before public opinion was ready to embrace it, the media witch hunt sensationalizing any error made by any single one of them after release, the blowback and subsequent retreat setting back our cause another 20 years? Every long march happens one step at a time. A step in the right direction should always be applauded and encouraged. In fact that's the only thing in history that has ever paved the way for the second step to be taken, something the Eeyores would do well to study and understand better…

What Meteor Blades is advocating smacks of the kind of "Daddy save us" patriarchal authoritarianism I was talking about the other day. He is a master of the old liberal guard wallowing in their disappointment that nothing those in authority do is ever enough...sigh. What a perfect name for that - Eeyore Activism! 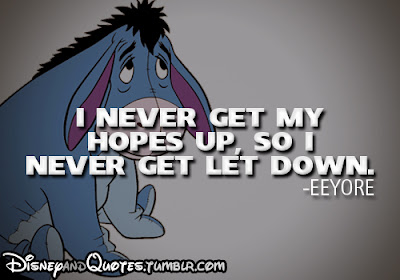 But as usual, Giordano gets what an important step this is from a President who believes in the power of partnership (ie, democracy) and the long game that can bring about transformational change. 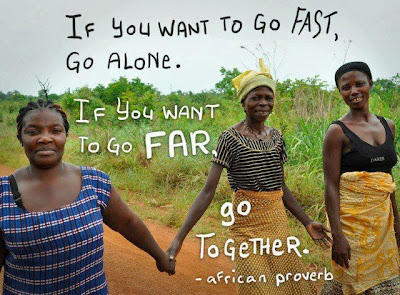