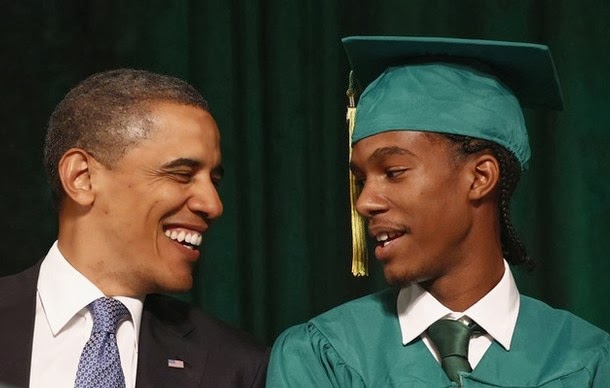 Anyone who has listened regularly to President Obama's speeches knows that there is a refrain that he returns to over and over again because it makes up the core of his values. Here is how we were first introduced to it in his 2004 speech at the Democratic Convention:


For alongside our famous individualism, there's another ingredient in the American saga.

A belief that we are connected as one people. If there's a child on the south side of Chicago who can't read, that matters to me, even if it's not my child. If there's a senior citizen somewhere who can't pay for her prescription and has to choose between medicine and the rent, that makes my life poorer, even if it's not my grandmother. If there's an Arab American family being rounded up without benefit of an attorney or due process, that threatens my civil liberties. It's that fundamental belief that I am my brother's keeper, I am my sister's keeper that makes this country work. It's what allows us to pursue our individual dreams, yet still come together as a single American family. "E pluribus unum." Out of many, one.

Here is how he said it in his 2008 speech on race in America - A More Perfect Union:


In the end, then, what is called for is nothing more, and nothing less, than what all the world's great religions demand - that we do unto others as we would have them do unto us. Let us be our brother's keeper, Scripture tells us. Let us be our sister's keeper. Let us find that common stake we all have in one another, and let our politics reflect that spirit as well.

And so it comes as no surprise that this week President Obama will announce a new initiative titled "My Brother's Keeper."


President Obama will launch a significant new effort this week to bolster the lives of young men of color, seeking to use the power of the presidency to help a group of Americans whose lives are disproportionately affected by poverty and prison.

Obama on Thursday will announce a new White House initiative called “My Brother’s Keeper,” which will bring foundations and companies together to test a range of strategies across the country to support young male minorities, taking steps to keep them in school and out of the criminal justice system, a White House official said. He will also announce that his administration will launch a more vigorous evaluation of what policies work best and publicize results to school systems and others across the country.

This initiative will obviously build on the work Secretary of Education Arne Duncan and Attorney General Eric Holder have done to eradicate the school-to-prison pipeline that currently affects so many young men of color.

Its clear that this meeting with participants of the Chicago-based program Becoming a Man had a profound impact on the President because he has referred to it several times. 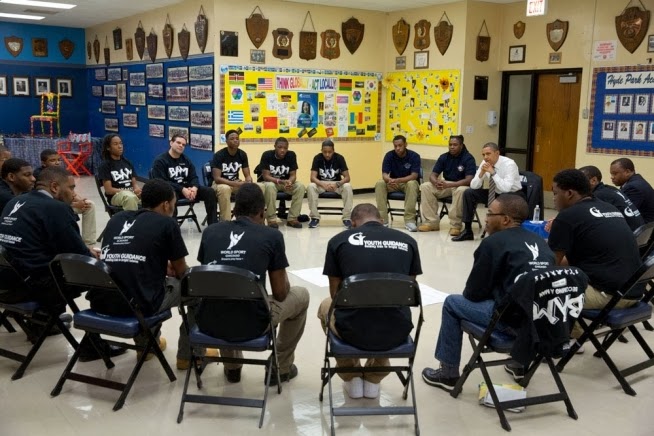 I think that this is also the kind of thing we'll be seeing Barack Obama devote himself to post-presidency...because he knows: "I'm not that different from Roger."