This Earth Day: Soundbites or Impact? 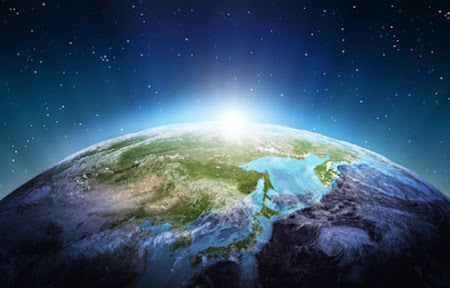 On this Earth Day, I have to wonder if many progressives are making the same mistake on climate change that they did on health care reform.

If you remember back in 2009/10, while the wingers were screaming about "death panels," all progressives could talk about was the public option (which would have made a public health insurance option available on the exchanges). Hardly anyone mentioned the fact that the ACA actually included the largest expansion of Medicaid eligibility in the program's history. When the public option was dropped from the bill because it didn't have 60 votes in the Senate, many progressives started attacking President Obama and weakening support for reform (some even advocated that Congress should "kill the bill").

Today, anyone who is listening to progressives talk about climate change will hear mostly about their fight against the Keystone Pipeline. It has become THE national rallying cry for environmentalists. While there are lots of reasons to not build the pipeline (just as it would have enhanced healthcare reform to have a public option), Coral Davenport explains how the impact of the pipeline is actually dwarfed by other Obama administration activities on climate change.


Consider the numbers: In 2011, the most recent year for which comprehensive international data is available, the global economy emitted 32.6 billion metric tons of carbon pollution. The United States was responsible for 5.5 billion tons of that (coming in second to China, which emitted 8.7 billion tons). Within the United States, electric power plants produced 2.8 billion tons of those greenhouse gases, while vehicle tailpipe emissions from burning gasoline produced 1.9 billion tons.

By comparison, the oil that would move through the Keystone pipeline would add 18.7 million metric tons of carbon to the atmosphere annually, the E.P.A. estimated. In other words, the carbon emissions produced by oil that would be moved in the Keystone pipeline would amount to less than 1 percent of United States greenhouse gas emissions, and an infinitesimal slice of the global total.

Davenport reminds us that - much more significant than the pipeline - are the Obama administration's tough new vehicle fuel economy standards and emission rules on new power plant development. This June, the EPA will issue emission rules on existing power plants that, combined with other regulations, will lead to the reduction of carbon emissions by one billion tons annually. Beyond domestic issues, Davenport points out that:


Secretary of State John Kerry is working aggressively on a 2015 global climate change treaty in which the world’s other major carbon polluters — particularly China and India — would also commit to cuts. And it is domestic actions on coal plants and cars, rather than Keystone, that will give negotiators the leverage they need to extract those pledges.

So if you're looking for a soundbite this Earth Day, the Keystone pipeline will give you one. But if you're actually looking to have an impact on climate change, I'd suggest we keep our eyes on the work the EPA is doing on reducing greenhouse gas emissions and Kerry's preparations for the global climate change treaty.
at April 22, 2014