Reporters: Please do just a bit of homework before you write a story

I'm thinking about starting a regular series that perhaps I'll title "Dumb things reporters write." You'll be able to recognize an entry because this will be my motto: 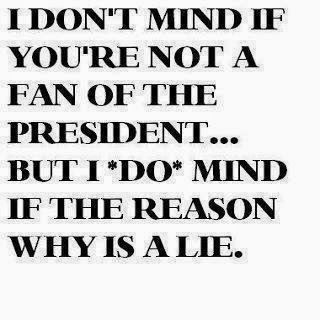 Here's yesterday's installment that focused on the importance of actually listening to what someone said before reporting on it.

Today's entry comes from Dara Lind at Vox and the moral is about the importance of taking at least a moment to do some background work before writing a story. Lind's title gives you a pretty big clue about her agenda: Did Obama just get played by Republicans on immigration?

She enters the story midway through its development and focuses on the fact that President Obama has asked his Secretary of Homeland Security Jeh Johnson to delay an announcement on recommendations for changes to deportations priorities until the end of summer. Lind sees this as some kind of fig leaf (or preemptive compromise - OH MY!!!) President Obama is holding out to entice House Republicans into working on comprehensive immigration reform. And of course that will never work!

No House Republican has made any specific demands of the Obama administration on immigration, or said publicly that he or she would push for an immigration bill if the president made a gesture of goodwill. So it's not clear whether President Obama's announcement changes anyone's mind.

But if Lind had done just a bit of background work on this story, she might have noticed the following chain of events:

March 14, 2014 - President Obama meets with the Hispanic Caucus and promises a review of deportation practices.


In an evening meeting with Latino lawmakers, Obama said he still wanted to push a comprehensive immigration reform package but that, in the meantime, he had asked the head of the Department of Homeland Security to run an “inventory” of the agency’s practices.


April 2, 2014 - In a strategy that was likely discussed at the above meeting, Rep. Luis Gutierrez (D-IL) says that if Republicans don't pass immigration reform by the July 4th recess, President Obama will take executive action on deportations.


If you don’t act in the next 34 days – if you refuse to give the President a bill he can sign... he will act without you. He has alternatives under existing law. There are concrete ways within existing law to help keep families together and spare U.S. citizens from losing their wives and their husbands and their children to deportation. In spite of your lack of action!

And the President is going to do it. I saw it in his eyes when I met with him...He is heartbroken by the pain deportations cause. Do you think he will sit by and do nothing just because you are doing nothing?

May 9, 2014 - Republican Representative Diaz Balart says the deadline for the House to pass immigration reform is prior to the August break.


“If Congress doesn’t act by the August break, the president is going to do something. And once that happens, two things happen,” said Diaz-Balart. “No. 1 is that the possibility of any further negotiations — of any — disintegrate.”

The Florida Republican added that if there is executive action on immigration, the president “will also then create a narrative of his choosing and again creating a situation where no further negotiations are possible.”

May 22, 2014 - Senate Democrats affirmed that House Republicans have until the end of July to act on immigration reform.


Senate Democratic leaders have set a hard deadline for the Republican-controlled House to move on comprehensive immigration reform: July 31, that last day the House is in session before August recess.

"They have about a six-week window, from June 10 after the last Republican primary till the August recess," the Senate's No. 3 Democrat, Chuck Schumer, said Thursday at a press conference. "If they don't pass immigration reform then, the president will have no choice but to act on his own."

I don't see how the message could be more consistent or clear. The President and Democrats are united and the ball is squarely in Speaker Boehner's court right now. Whether or not DHS Secretary Johnson releases his recommendations now or at the end of the summer has absolutely no bearing on anything.

The idea that President Obama is getting played here is laughable. The only way you can possibly spin it that way is to be completely clueless about what has been going on for the last 3 months.

I can't believe I have to write this, but my advice to those in the media who would like to regain the public trust would be that you do just a bit of homework on an issue before you write the story. Thank you.
Posted by Nancy LeTourneau