The new sheriff in town 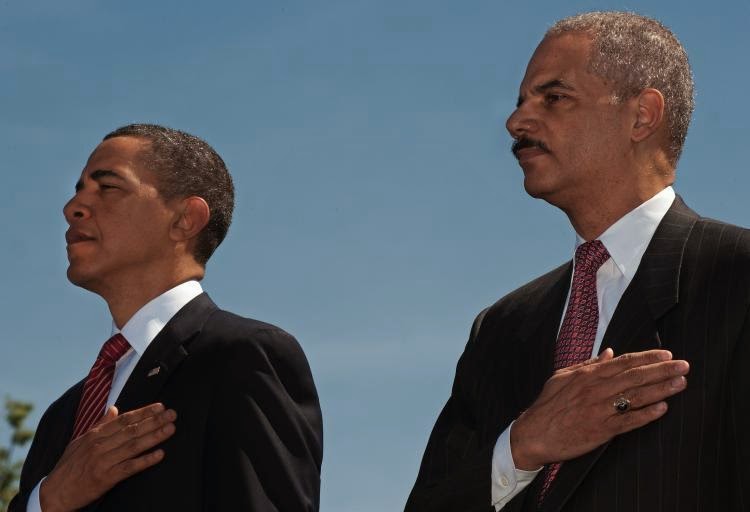 The shooting of Michael Brown and subsequent events in Ferguson, MO have resulted in the media finally waking up to something I wrote about over three years ago: the Civil Rights Division of DOJ has been extremely aggressive in going after police brutality.

"I think the Civil Rights Division in this administration has been much more aggressive in pursuing police misconduct, both in criminal cases and especially the big civil 'pattern and practice' cases ... to reform police departments," said Samuel Bagenstos, a University of Michigan law professor who was the administration's second-ranking civil rights official from 2009 to 2011.

And so, when AG Eric Holder visited Ferguson yesterday and met with community members to discuss their concerns, this was at least one of the messages he was sending to local law enforcement as they investigate the shooting of Michael Brown and respond to protesters:


"I expect that when all this cools down, you'll see the Civil Rights Division pursing a pattern-and-practice investigation" of the Ferguson police, he [Bagenstos] said, "both for what happened to Michael Brown and what's happened since."

Time to straighten up boys. There's a new sheriff in town.
Posted by Nancy LeTourneau

Email ThisBlogThis!Share to TwitterShare to FacebookShare to Pinterest
Labels: justice