The yearnings that burn in every human heart: dignity, justice and democracy 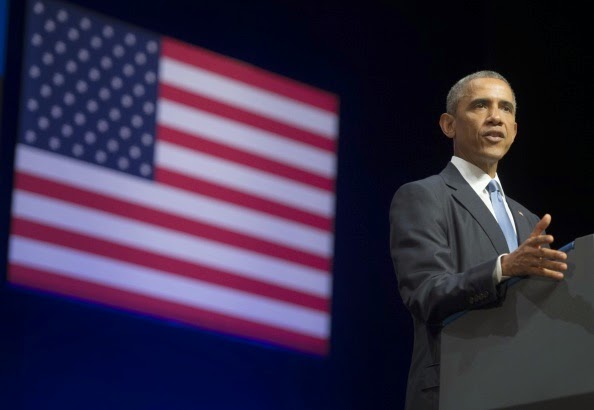 Today in Estonia, I believe President Obama was speaking to all of us.


In the face of violence that seems intractable and suffering that is so senseless, it is easy to grow cynical and I think tempting to give in to the notion that peace and security may be beyond our grasp. But I say to all of you here today, especially the young people, do not give in to that cynicism. Do not lose the idealism and optimism that is the root of all great change. Don’t ever lose the faith that says if we want it, if we are willing to work for it, if we stand together, the future can be different. Tomorrow can be better...

Dignity will win, because every human being is born equal, with free will and inalienable rights, and any regime or system of government that tries to deny these rights will ultimately fail and countries that uphold them will only grow stronger.

Justice will win, because might does not make right. And the only path to lasting peace is when people know that their dignity will be respected and that their rights will be upheld. And citizens, like nations, will never settle for a world where the big are allowed to bully the small. Sooner or later, they fight back.

Democracy will win, because a government’s legitimacy can only come from citizens. Because in this age of information and empowerment, people want more control over their lives, not less. And because more than any other form of government ever devised, only democracy, rooted in the sanctity of the individual, can deliver real progress.

And freedom will win – not because it’s inevitable, not because it is ordained, but because these basic human yearnings for dignity and justice and democracy do not go away. They can be suppressed, at times they can be silenced, but they burn in every human heart, in a place where no regime can ever reach, a light that no army can ever extinguish. And so long as free peoples summon the confidence and the courage and the will to defend the values that we cherish, then freedom will always be stronger and our ideas will always prevail, no matter what.

Astute observers might recall that this comes from the guy who's ground game during his presidential campaign was based on the motto: Respect, Empower, Include. He really believes that igniting those ideals in people is a winning formula. Or, as Ta-Nehisi Coates suggested, he regularly displays a "shocking, almost certifiable faith in humanity."
Posted by Nancy LeTourneau