What's not in the news

I'm going to have to give Republicans some props. In the lead-up to these midterm elections, they've had to show an amazing amount of flexibility.

For instance, remember when the main issue in the election was going to be Obama scandal-mania? They were placing their bets on Benghazi, the IRS, the VA and - for some poor souls - even Fast and Furious. And now here we are a few weeks away from the election and Trey Gowdy can't get anyone to pay attention to his hearings (if you don't know who Trey Gowdy is - you just made my point).

Next up was a shift to Obamacare. Following the troubles with the initial online rollout, Republicans were sure this was going to be the ultimate weapon to use against Democrats. That was until the web site was fixed, enrollment surged beyond predictions, the rate of uninsured dropped, and health insurance premiums didn't skyrocket. Oops, time to change the subject again.

Anyone remember the short-lived focus on "President Obama as tyrant" and Boehner's stupid law suit? Nah, that one didn't last long.

This summer's surge in unaccompanied children arriving on our border from Central America was sure to get the nativist's blood boiling and keep it that way through the election. But then President Obama asked for help from Congress in addressing the situation and they bailed. Now the surge is over and its back to business as usual.

So now what? NBC noticed that the NRCC - in a move that invokes the "spirit" of 2002-2004 - is now going for the "Democrats aren't tough enough on terrorists" line. In other words, when fear-mongering about everything else fails, ramping up the idea that the terrorists are at our doorstep is always a great fall-back position.

Given the speed with which Republicans have cycled in and then out of these various issues as "THE ONE" on which the midterm election will hinge, I expect at least one or two more in the coming weeks.

The point is that the GOP is addicted to the hysteria of the moment. As our President tackles one challenge after another, they keep thinking THIS will be the one that does him in. But minus all the drama, he just keeps thoughtfully and systematically taking them on and finding the best resolution possible - usually with zero assistance from Congress.

It would be nice if we had a media that noticed this trend. But the hysteria approach is more lucrative when it comes to link-bait. So it will be up to folks like us to remind the American people that we got exactly what we wanted when we elected President Obama - a no-drama pragmatist that plays the long game. 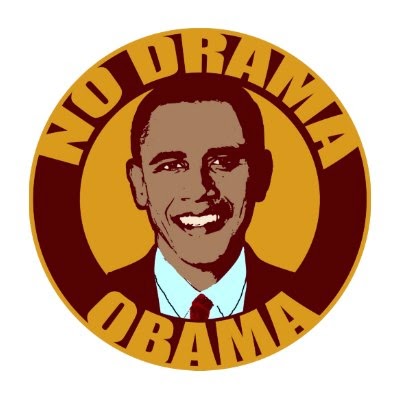