I WILL NOT let McConnell win this one!!!

“Mitch said, ‘We have a new president with an approval rating in the 70 percent area. We do not take him on frontally. We find issues where we can win, and we begin to take him down, one issue at a time. We create an inventory of losses, so it’s Obama lost on this, Obama lost on that. And we wait for the time when the image has been damaged to the point where we can take him on.’ ”

MacGillis aptly summarized the approach: “In other words, wait out Americans’ hopefulness in a dire moment for the country until it curdles to disillusionment.” This is the central cause of the dysfunction that leaves voters so disheartened. It should be rebuked rather than vindicated at the polls.

Republicans keep trying to deny that this has been their strategy from the beginning. But there you have it...a Republican Senator who was on the scene when McConnell spelled it all out.

Contrary to what any ideologue from the right or the left has to say, the fact that McConnell's strategy has been fairly effective in inducing cynicism over hope is NOT a failing that we can pin on President Obama. The American people have no one else to blame for that...its on us.

All along, President Obama's message has been the same:


The folks on the other side, they’re counting on you being cynical. They’re figuring you won’t think you can make a difference.” The alternative? “Don’t be cynical. Be hopeful. . . . Cynicism is a choice. And hope is a better choice.

There are a lot of issues on which I disagree with Senator McConnell. But none more than this one: He is NOT going to get me to chose cynicism!!!!! 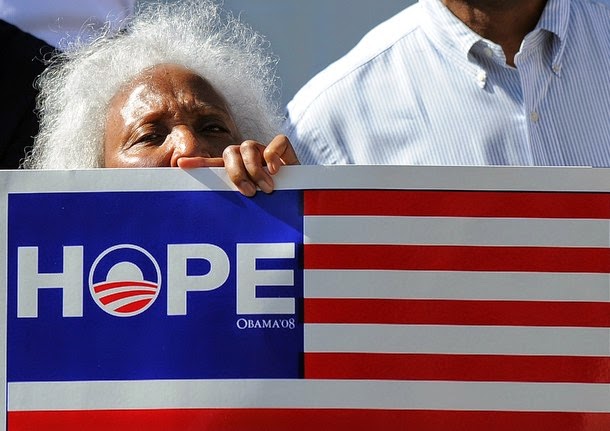