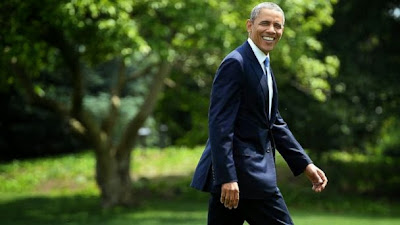 This is pure speculation on my part, but I think that the cowardly Democrats who were running in the midterms not only asked President Obama to hold off on executive orders about immigration, they asked him to step back on doing much of anything during the campaign.

I say that as someone who follows this administration closely. Over the last couple of months - except for trying to quiet the fear-mongering about Ebola - President Obama didn't initiate much. I actually found myself somewhat bored in trying to decide what to write about.

But boy - ever since the elections were over last week, I can't keep up. We've seen:

Then there are the more subtle/symbolic things, like the nominees for the Medal of Freedom and today's announcement of a White House Report on Women and Girls of Color.

Waiting in the wings are:
What am I missing?

In his State of the Union Address, President Obama said that this would be a "Year of Action" utilizing his "pen and phone strategy." This President keeps his promises. And that BEAR IS LOOSE!!!
at November 12, 2014