A Stranger to Who? 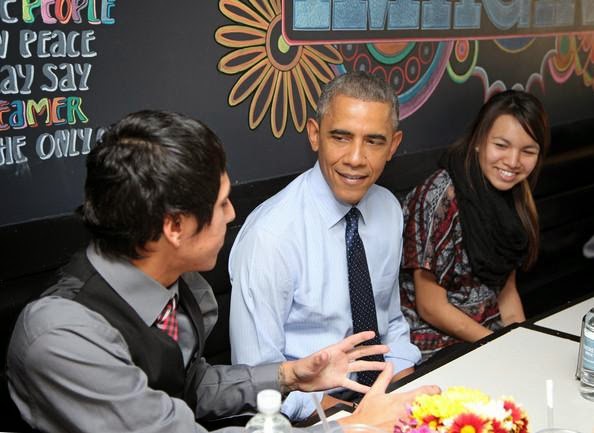 We all know by now that Chuck Todd thinks of President Obama as The Stranger. That narrative fits pretty well for the (mostly white male) DC villagers who see him as aloof, cold, distant and remote.

But I suspect that description would come as a surprise to the young people of the Standing Rock Sioux Tribal Nation (pictured with President Obama above).

When President Obama visited the Standing Rock Sioux Tribal Nation in June, he and first lady Michelle Obama emerged stunned and emotional from a meeting with six students who spoke of lives affected by homelessness, alcoholism, poverty and suicide.

"I love these young people," Obama said shortly after meeting them. "I only spent an hour with them. They feel like my own."

The Obamas emerged from the private conversation at a school in Cannon Ball, N.D., "shaken because some of these kids were carrying burdens no young person should ever have to carry. And it was heartbreaking," Obama said.

The meeting spurred Obama to tell his administration to aggressively build on efforts to overhaul the Indian educational system and focus on improving conditions for Native American youths.

You can read the rest of the article linked above to get details on the action this meeting with tribal youth spurred.

The very same thing happened when President Obama met with youth involved in the Becoming A Man program in Chicago. 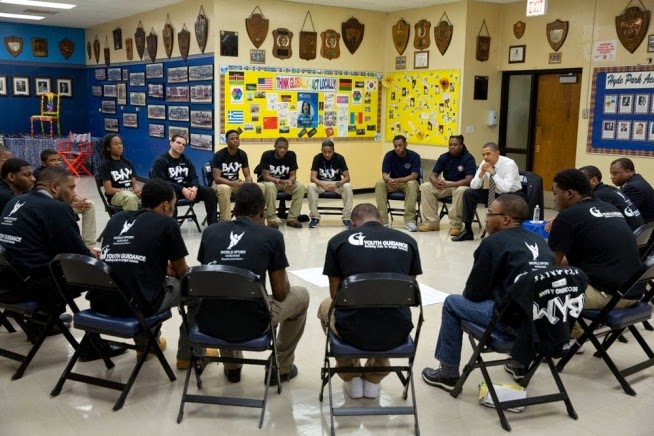 The result was the launch of the President's My Brother's Keeper initiative where he pointed out that "I'm not that different from Roger." Here was my reaction that day:

What we're witnessing for the first time in this country's history is a President who knows these struggles - just like we now have a Supreme Court Justice who embraces the fact that she grew up poor and Latina in the Bronx and an Attorney General who speaks openly about what it means to have "the talk" with his own teenage son following the shooting of Trayvon. The world looks different when viewed through the lens of those who have lived these experiences. I suspect that means an awful lot to young people like Roger. 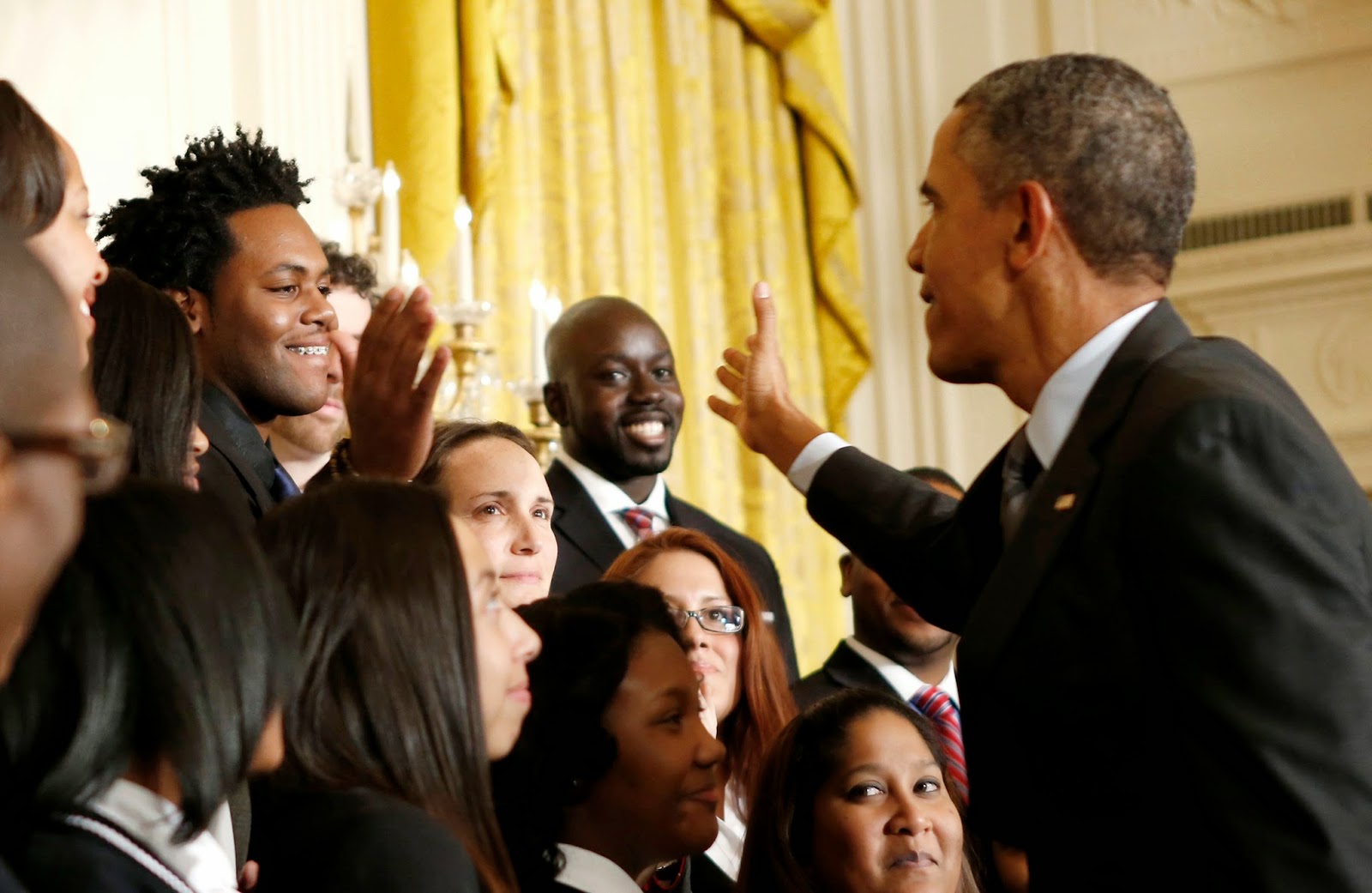 I would suggest that President Obama has to work pretty hard to feel much empathy with people like Chuck Todd. But he very naturally gravitates to young people like this. Michael Lewis told us a long time ago that its a pattern for him.

His desire to hear out junior people is a warm personality trait as much as a cool tactic, of a piece with his desire to play golf with White House cooks rather than with C.E.O.’s and basketball with people who treat him as just another player on the court; to stay home and read a book rather than go to a Washington cocktail party; and to seek out, in any crowd, not the beautiful people but the old people. The man has his stat­us needs, but they are unusual. And he has a tendency, an unthinking first step, to subvert established stat­us structures.