I want future generations to know that we are a people who see our differences as a great gift, that we’re a people who value the dignity and worth of every citizen -- man and woman, young and old, black and white, Latino, Asian, immigrant, Native American, gay, straight, Americans with mental illness or physical disability. Everybody matters.

I used that quote yesterday when I talked about President Obama's message that "Everybody Matters." But there's something else I'd like to mention today.

A few years ago I began to notice how often Native Americans are included when people list the racial/ethnic groups in this country. Let me simply report that it is a rare phenomenon. I can't even imagine what it's like to have to deal with the genocide/oppression Native Americans have suffered over the last few centuries. But to watch as - over and over again - your very existence goes unacknowledged is truly beyond the pale.

Some might simply write this off as political correctness. But I think it represents the deep respect President Obama has demonstrated for both the gifts and challenges of this land's First Nations People. 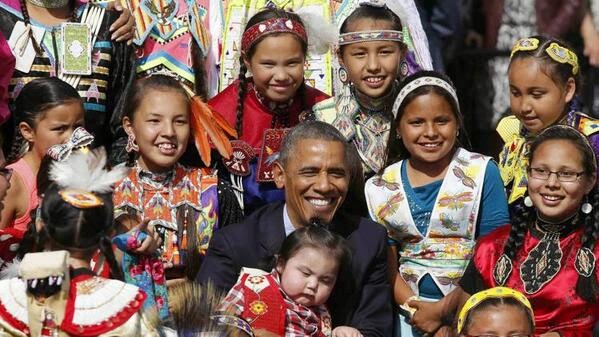