Photo of the Day: NASA Masterpiece

This one is off-the-charts: 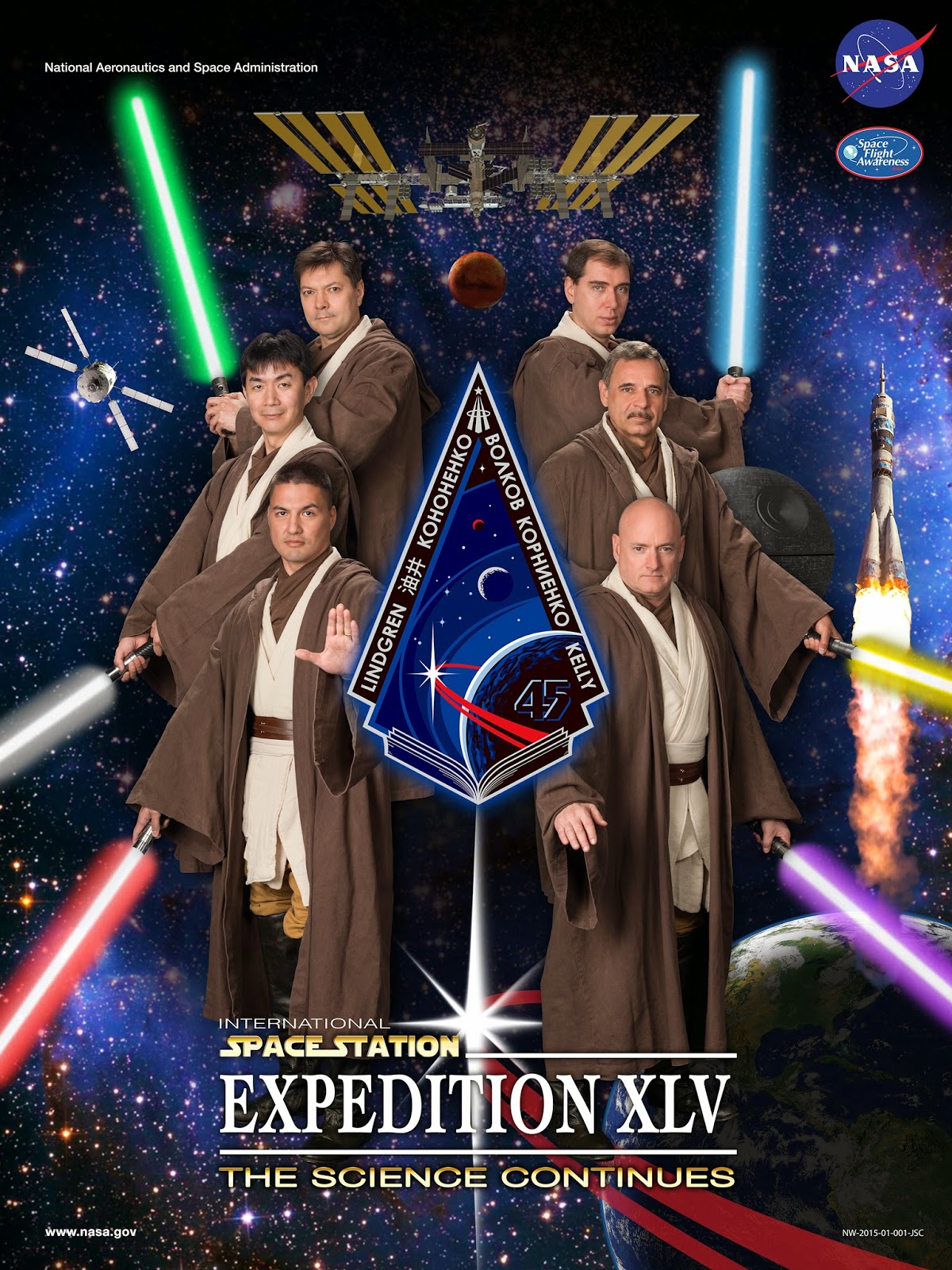 A not-so-long time from now in a planetary orbit not far away, a team of astronauts will head to the International Space Station. NASA just revealed the official poster for Expedition 45, and it is a Star Wars-themed masterpiece...Each astronaut has a differently hued lightsaber. There's a satellite that looks deceivingly like an X-Wing with its S-foils in attack position. And that eerily familiar object next to Scott Kelly's head... that's no moon.