What If McConnell Can't Lead?

Last week the Wall Street Journal editorial page critiqued this Republican Congress. But they're hardly the only ones. Here's a look at a few others:

Daniel Newhouser at the National Journal writes: So Far, a Congress About Nothing.

Even Chuck Todd seems to have accurately grasped what's going on.


In our experience, there's a simple rule to follow to make sense of any shutdown showdown: The side that's divided usually loses. And Republicans are the ones who are divided in the battle over funding the Department of Homeland Security -- over whether or not to include riders overturning Obama's executive actions on immigration...

Playing politics with security is always problematic. But it's doubly problematic when your party is divided.

It would be nice if a few of these pundits reflected just a bit on the fact that too many of them assumed that if President Obama simply invited Republicans over for tea or did more arm-twisting or used the bully pulpit more often, those recalcitrant Republicans would have gotten in line. When leadership of their own party can't make that happen, it is pretty absurd to think the President could have had any more success.

We've seen this movie before. For four years we watched as Speaker Boehner failed to get his troops in line. Over and over Congress careened towards a cliff before finally recognizing that compromise with Democrats is the only way to avoid disaster. It's been pretty clear to a lot of us for a while now that Speaker Boehner can't lead. And yet the Green Lanternism of What if Obama Can't Lead? prevailed.

Now that Republicans also control the Senate, all eyes should be on Majority Leader McConnell. The question of the day is whether or not the architect of total obstruction can actually lead. So far I'm not impressed. 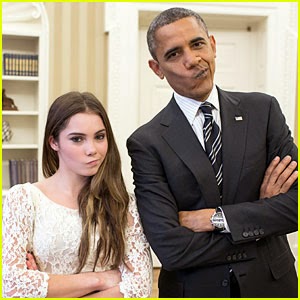