How Does Your Community Commemorate the Confederacy?

It's beginning to look like the movement demanding that South Carolina take down the Confederate flag is having an effect. Republicans who at first refused to take a position are increasingly being pressured to call for it's removal.

My position all along about this is that it's important for us to remember that flying the Confederate flag is a symbol. In that sense, it is a reflection of the problem rather than the problem itself. And yet symbols have great meaning. And so, as Republicans join the call for the flag's removal, they are affirming that we can longer celebrate the ugly past the flag represents. That means something.

These symbols abound. For example, as I wrote last weekend, on the SC capitol grounds very near where the Confederate flag flies is a statue commemorating reconstruction era terrorist Benjamin Tillman. But it isn't just South Carolina and it isn't even just the Southern States of the Confederacy. 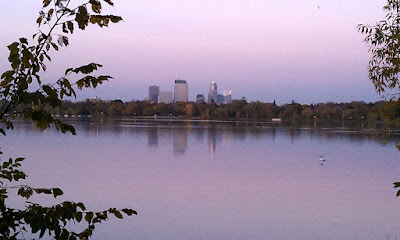 I happen to live in the very Northern, fairly "blue" state of Minnesota. As you may have heard, we are called the "land of 10,000 lakes." The crown jewel of the City of Minneapolis is something called the "Chain of Lakes" that cover the southwest portion of the city. Right in the middle of the chain is Lake Calhoun - named after another South Carolinian, John C. Calhoun.


Calhoun died eleven years before the start of the American Civil War, but he was an inspiration to the secessionists of 1860–61. Nicknamed the "cast-iron man" for his ideological rigidity as well as for his determination to defend the causes he believed in, Calhoun supported states' rights and nullification, under which states could declare null and void federal laws which they viewed as unconstitutional. He was an outspoken proponent of the institution of slavery, which he defended as a "positive good" rather than as a "necessary evil". His rhetorical defense of slavery was partially responsible for escalating Southern threats of secession in the face of mounting abolitionist sentiment in the North.

Apparently there was a grassroots movement a few years ago to rename the lake. But it stalled when it became clear that the change would require action from the state legislature. The shootings in South Carolina have revived the movement and perhaps we'll see a change here as well.

None of this is a cure-all for ridding ourselves of racism. But if, rather than simply point to South Carolina, we all pay attention to the tales we tell in our own backyard, perhaps it gets the conversation going.
at June 22, 2015