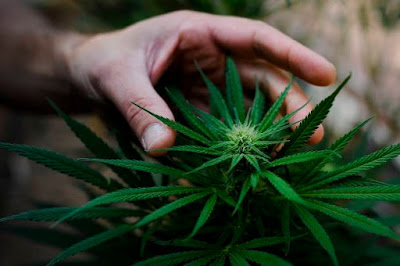 According to Pew Research, a little over half of Americans (53%) support marijuana legalization. That number has risen 11 points since 2010. But an even larger majority - 78% - support its use for medicinal purposes.

No one has done more to increase support for the use of medical marijuana than a young girl named Charlotte Fiji. She suffers from a rare form of epilepsy and by the time she was 5 years old, was having several hundred seizures a week. Desperate, her mother took her to Colorado Springs to ask for help from the Stanley brothers, who were operating a small medical marijuana dispensary.


Wary about giving marijuana to a young girl, the Stanleys took a strain called “Hippie’s disappointment” that was low in THC (the chemical that gives the buzz), and created a new blend, high in cannabidiol (the chemical with the medical potential). Charlotte could take it in small doses.

Remarkably—the Stanleys might say miraculously—Charlotte’s seizures decreased dramatically. They dubbed their blend “Charlotte’s Web,” and started a charity called Realm of Caring, which has helped reduce the seizures of hundreds of children like Charlotte.

Charlotte's story is one of several that changed the mind of CNN's Chief Medical Correspondent Dr. Sanjay Gupta.


Take the case of Charlotte Figi, who I met in Colorado. She started having seizures soon after birth. By age 3, she was having 300 a week, despite being on seven different medications. Medical marijuana has calmed her brain, limiting her seizures to 2 or 3 per month.

I have seen more patients like Charlotte first hand, spent time with them and come to the realization that it is irresponsible not to provide the best care we can as a medical community, care that could involve marijuana.

We have been terribly and systematically misled for nearly 70 years in the United States, and I apologize for my own role in that.

As Jack Healy reported over a year ago in the NYT, Charlotte's story has drawn over 100 families to Colorado Springs to seek the same relief for their own children.


The new arrivals call themselves marijuana refugees. Many have left jobs and family members behind in states where marijuana remains outlawed, or cannot be used to treat children. While some have moved their entire families, others are splintered, paying rent and raising children in two states. During the holidays, they join family gatherings through video chats and swap iPhone pictures of Christmas trees.

But as more arrive to register their children as medical-marijuana patients, they have knitted together a random family here, across the suburbs and foothills of Colorado’s Front Range. They are Muslims and conservative Christians, liberal Democrats and conservative Republicans.

Now, they cook dinners and babysit for one another. They meet to compare progress and seizure diaries. They discuss the best ways to feed the oil to their children. They wait, and hope for results that mirror the astonishing successes they have seen in television reports and online videos.

It is unconscionable that we are putting families through this on the chance that they might find some relief for their suffering children. But that is the price we are paying for maintaining the ridiculous notion that marijuana is classified as a Schedule 1 drug, meaning that it belongs with other substances that have no accepted medical use and a high potential for abuse (i.e., heroine and LSD).

As Gupta reported, that classification as well as other federal restrictions have meant that there has been very little research on the medical benefits of marijuana.


While investigating, I realized something else quite important. Medical marijuana is not new, and the medical community has been writing about it for a long time. There were in fact hundreds of journal articles, mostly documenting the benefits. Most of those papers, however, were written between the years 1840 and 1930. The papers described the use of medical marijuana to treat "neuralgia, convulsive disorders, emaciation," among other things.

A search through the U.S. National Library of Medicine this past year pulled up nearly 2,000 more recent papers. But the majority were research into the harm of marijuana, such as "Bad trip due to anticholinergic effect of cannabis," or "Cannabis induced pancreatitits" and "Marijuana use and risk of lung cancer."

In my quick running of the numbers, I calculated about 6% of the current U.S. marijuana studies investigate the benefits of medical marijuana. The rest are designed to investigate harm. That imbalance paints a highly distorted picture.

This week the Obama administration took a small step to correct that imbalance.


The White House today lifted a longstanding restriction on medical marijuana research, giving a green light to a growing group of mainstream scientists who are interested in investigating the potential health benefits of pot. Such research will no longer have to undergo review by the Public Health Service, a process that is ostensibly meant to ensure the use of scientifically valid clinical trials, but in practice has served as a barrier to launching studies. A bipartisan group of lawmakers, and even opponents of legalization, had called for the requirement to be lifted.

Beyond that, Senators Gillibrand, Booker and Paul have recently authored a bill that would take some of the necessary next steps. First of all, it would reschedule marijuana from a Schedule I to a Schedule II drug - recognizing that it has legitimate medical use. Secondly, it would prevent federal law enforcement from prosecuting patients, doctors and caregivers in those states where medical marijuana is legal (a total of 23 states and D.C.)

Yesterday that bill (the CARERS ACT) had a hearing at the Senate's Caucus on International Narcotics Control - whose co-chair, Sen. Chuck Grassley, is also chair of the Judiciary Committee in the Senate.

One would hope that with 78% of the public in support of medical marijuana and potentially hundreds of thousands of people who could benefit from further research, this would be slam-dunk in Congress. But I suspect it will hardly get noticed unless more of us know about it and speak up.
at June 25, 2015