Photo of the Day: Family Dinner 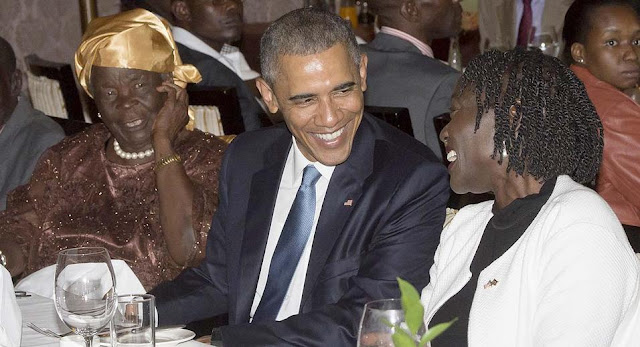 President Barack Obama sat down to dinner with a large group of family members on his first night visiting the capital of his father’s homeland of Kenya.

Shortly after arriving at his hotel on Friday, the president gathered in the hotel restaurant with about three dozen relatives. Obama sat in the middle of two long tables, with his step-grandmother, known as Mama Sarah, seated to his right and his half-sister, Auma Obama, a close confidante, seated to his left.

This reminds me of part of President Obama's interview with the BBC before he left on this trip. Jon Sopel asked him about the "unfinished business" of his presidency, specifically on race. Here's part of what he said:


What I will say is that - eight years - well, after eight years of my presidency, that children growing up during these eight years will have a different view of race relations in this country and what's possible.

When it comes to creating a different view of what's possible in this country, watching the African American President of the United States having a dinner with his relatives in Kenya...priceless.
at July 25, 2015