Planting the Seeds of Hope in Paris 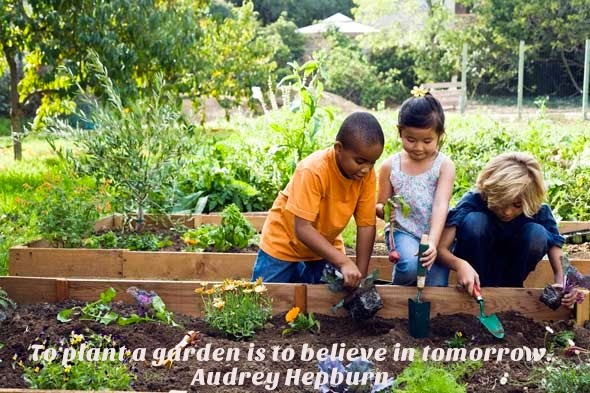 A lot of the commentary on President Obama's speech yesterday at the UN Conference on Climate Change has focused on his reference to the words of Martin Luther King, Jr.


For I believe, in the words of Dr. Martin Luther King, Jr., that there is such a thing as being too late. And when it comes to climate change, that hour is almost upon us.

That is, indeed, a powerful call to arms. But this was the part that stood out to me.


And, my fellow leaders, accepting this challenge will not reward us with moments of victory that are clear or quick. Our progress will be measured differently -- in the suffering that is averted, and a planet that's preserved. And that’s what’s always made this so hard. Our generation may not even live to see the full realization of what we do here. But the knowledge that the next generation will be better off for what we do here -- can we imagine a more worthy reward than that? Passing that on to our children and our grandchildren, so that when they look back and they see what we did here in Paris, they can take pride in our achievement.

He captured what can be so daunting about taking on a challenge like climate change. It reminded me of one of my favorite quotes:


What is hope? It is the presentiment that imagination is more real and reality less real than it looks. It is the suspicion that the overwhelming brutality of fact that oppresses us and represses us is not the last word. It is the hunch that reality is more complex than the realists want us to believe, that the frontiers of the possible are not determined by the limits of the actual, and that, in a miraculous and unexpected way, life is preparing the creative events which will open the way to freedom and to resurrection.

...So, let us plant dates, even though we who plant them will never eat them. We must live by the love of what we will never see.

Hope is often about "living by the love of what we will never see." That's what can make optimism so difficult.

But today Jonathan Chait points to what we can learn from our own history about how real change happens.


It's worth noting that every marker of historical progress could be accurately lambasted as a half-measure. The Constitution, the Emancipation Proclamation, the major programs in the New Deal, Obamacare: They all came later than they should have, did less than necessary, and compromised their objectives to preserve their political viability. Paris follows a long line of social breakthroughs in this mold.

Chait then goes on the describe the feedback loop that will be spurred by the agreements reached in Paris.


When governments signal their intention to reduce emissions, the market supplies more (and better) solar panels, wind turbines, energy-efficient cars, appliances, and so on. As green energy gets cheaper — and, not incidentally, gains a larger economic foothold — it gets easier for governments to promise further emissions reductions. Just as reducing emissions is easier today than it was six years ago, reducing them further will be easier in six years than it is today.

Or, as President Obama said recently, "Hope builds on itself. Success breeds success." Those are the dates that are being planted in Paris right now.
Posted by Nancy LeTourneau