Contrary to Manchin's Claims, the Filibuster is McConnell's Tool to Deepen Partisanship 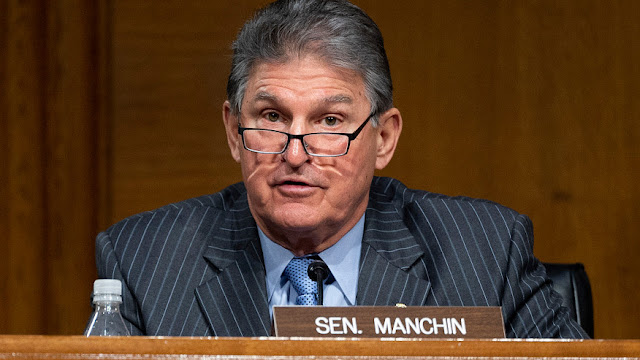 Sen. Joe Manchin (D-WV) has made it clear that he will not support the elimination of the filibuster. His stated reason is that the Senate is "the most deliberative body in the world" and that maintaining the filibuster promotes bipartisanship. But the facts show that just the opposite is the case.

The first thing to note is that, even the threat of a filibuster keeps bills from reaching the Senate floor.  Adam Jentleson, author of "Kill Switch: The Rise of the Modern Senate and the Crippling of American Democracy" explained how that happens.

Senate leadership sends a bill around and asks whether anyone has plans to filibuster. "Literally any staff member can reply to that email" to say their bosses object, Jentleson said. "And it's that single email that today raises the threshold of whatever bill is at stake from a simple majority to a supermajority."

When Manchin refers to the Senate as "the most deliberative body in the world," he's referring to a bygone era. Bills that never come to the floor aren't deliberated. They just die.

As Alex Tausanovitch and Sam Berger note, the filibuster has two purposes: it allows the Senate minority to (1) prevent their opponents from passing bills that they do not like or, (2) force the majority to negotiate changes. Manchin is right that, in the past, it was used to force negotiations. But more recent history demonstrates that it has primarily been used to prevent the opposition from passing bills. To demonstrate, here is how use of the filibuster has grown: 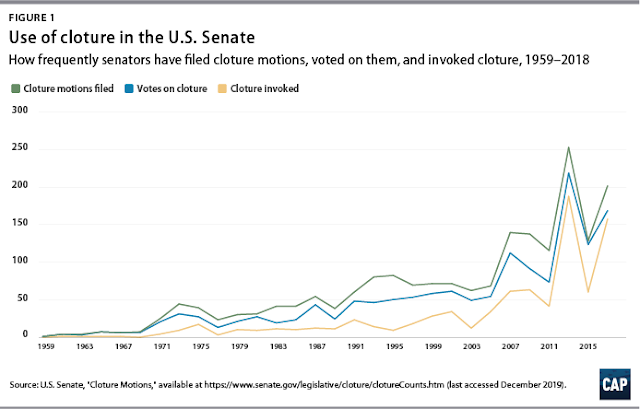 While consistently on the rise, the huge spike happened during Obama's presidency. As Michael Grunwald documented in his book The New New Deal, the calculation made by the Republicans was that Obama had promised bipartisanship. The one tool they could use to make him appear to be a failure was the filibuster, which was used to obstruct—in unison—anything he attempted to accomplish. The talking point they wanted was to be able to say that "The only thing bipartisan was the opposition."
Writing in 2011, former Republican operative Mike Lofgren added that Republicans had an interest in ensuring that the Senate couldn't govern.

A couple of years ago, a Republican committee staff director told me candidly (and proudly) what the method was to all this obstruction and disruption. Should Republicans succeed in obstructing the Senate from doing its job, it would further lower Congress’s generic favorability rating among the American people. By sabotaging the reputation of an institution of government, the party that is programmatically against government would come out the relative winner.

Lest anyone think that strategy is a thing of the past, Minority Leader McConnell promised that if a Democrat was elected president in 2020, he would return to using the filibuster to obstruct the governing process.

By refusing to consider the elimination of the filibuster, Manchin is giving McConnell the tool he needs to do the same thing to Biden that he did to Obama: use the filibuster to sabotage the reputation of "the most deliberative body in the world" and deepen the partisan divide.