Republican 2024 Presidential Hopefuls Search in Vain for a "Populist" Message 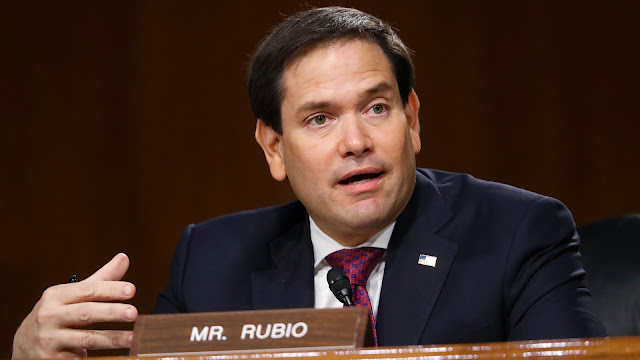 To prepare for his bid to be the Republican presidential nominee in 2024, Marco Rubio is apparently trying to sell himself as the "idea man" of the GOP. In many ways, he is affirming that the traditional economic policies of his party have failed, and he's doing his best to lay out some new ones. Here's his starting point:

[Rubio] thinks the “American carnage” that Donald Trump described is real: Corporations are unbolting and shipping factories overseas at an alarming rate; global competitors such as China are all too happy to gorge on the remains; and the federal government does little to bind up the wounds of the workforce left behind, let alone prepare them with the skills needed to get ahead...

That is what Rubio calls "common good" conservatism. George Will says it's basically "anti-capitalist" conservatism. To my ear, it sounds an awful lot like what some people—including Joe Biden—refer to as "stakeholder capitalism."

During a speech in July, President-elect Joe Biden said that “It’s way past time to put the end to the era of shareholder capitalism. The idea [that] the only responsibility a corporation has is its shareholders—that is simply not true …They have a responsibility to their workers, their community, to their country.”

Rubio has also called for an industrial policy to create partnerships between the state and private businesses wherever national security is involved...Rather than let a global market determine which company to support -- lest that corporation go overseas in search of lower labor costs and higher profit margins -- the senator would have the federal government prop up domestic manufacturing in critical sectors. Think steel, semiconductors components and, of particular concern during the pandemic, pharmaceuticals.

Frankly, being an "idea man" in the Republican Party right now is a challenge. Their agenda failed miserably, which is why they are once again resorting to culture wars, voter suppression, and xenophobia. As I've noted previously, the dearth of a policy agenda is why we're seeing things like Sen. Romney proposing a universal child allowance and Sen. Hawley an alternative to raising the minimum wage. Following up on Trump's supposed "populism," the GOP is trying to sell itself as "the party of steel workers and construction workers and taxi drivers and cops and firefighters and waitresses,” as Sen. Cruz suggested.

The problem Republicans face with branding themselves as the party of workers is that they remain mired in an economic agenda that has always focused on redistributing resources upward to the wealthy and pretending that the benefits will trickle down to the working class. It never seems to work out that way, though.

In oder to capture the difference between the two major parties in this country, all we need to do is reference a chart put together by the Tax Policy Center. They compared the benefits of the 2017 Republican tax cuts to the recently passed coronavirus relief bill. 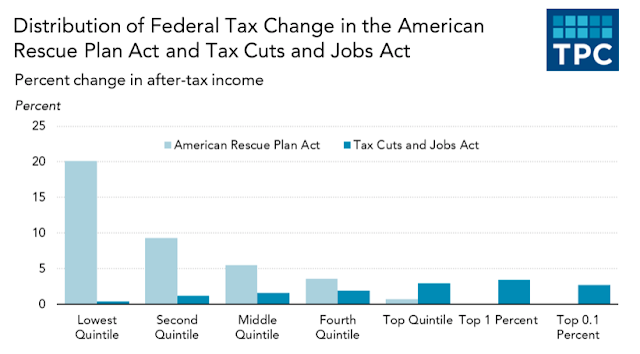 The Republicans who are attempting to sell themselves as champions of working class Americans voted for the 2017 tax cuts and against the American Rescue Plan. Now, many of them (including Rubio and Cruz) have signed on to a bill that completely eliminates the estate tax, something that would benefit married couples who inherit over $23 million.
It's way too early to start talking about the 2024 presidential election. But it is already clear that several potential Republican contenders are going to try to outdo each other with a so-called "populist" message touting their support for working class Americans. But they can't support anything Democrats try to do, which doesn't leave them much to work with. So if you're Marco Rubio, you wind up promoting partnerships between the federal government and private businesses to challenge China's dominance of critical manufacturing sectors...whatever that means.
Regardless of what these Republican presidential hopefuls propose, if you pull back the curtain and actually look at what they do, you'll find them more concerned about how much wealthy people pay in inheritance taxes than they do with ensuring that every working American is paid a livable wage. In other words, it still looks like the same old Republican Party.
at March 11, 2021