Republicans Have Never Understood the Meaning of "We the People" 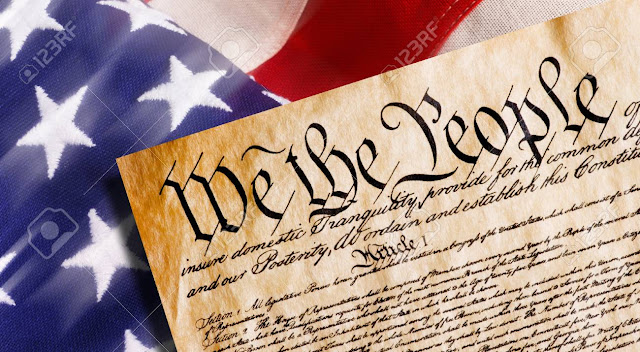 The title of a piece by Hugo Gurdon, editor in chief of the Washington Examiner, caught my eye. It reads: "The selfishness at the heart of socialism." The reason it grabbed my attention was because I had been contemplating statements by conservatives like this one from Sen. Lindsey Graham.

In an age when surviving unnatural disasters will depend on the strength of communities, this is the worst kind of messaging https://t.co/FLOtsnPIrX

A public servant just said that, in a moment of disaster in his community, he'd be holed up in his house prepared to shoot anyone who approaches with his AR-15. I have no idea what Graham would actually do in a situation like that. But I take him at his word because what he described really did happen in Louisiana during the aftermath of Katrina.

Facing an influx of refugees, the residents of Algiers Point could have pulled together food, water and medical supplies for the flood victims. Instead, a group of white residents, convinced that crime would arrive with the human exodus, sought to seal off the area, blocking the roads in and out of the neighborhood by dragging lumber and downed trees into the streets. They stockpiled handguns, assault rifles, shotguns and at least one Uzi and began patrolling the streets in pickup trucks and SUVs. The newly formed militia, a loose band of about 15 to 30 residents, most of them men, all of them white, was looking for thieves, outlaws or, as one member put it, anyone who simply "didn't belong."

There are a lot of words one could use to describe that kind of reaction (ie, racism comes to mind), but selfishness is the least we can say about it.

The politicization of mask wearing during the coronavirus is another example. A mask doesn't protect the wearer from getting covid, but it helps stop the spread of the virus. Right-wingers, however, are more concerned about their individual "freedom" than they are about stopping the spread of covid to others. That is a classic case of selfishness.

So perhaps you can understand why I'd be intrigued by a conservative suggesting that socialism is selfish.

Gurdon does a good job of defining socialism when he writes that it is "a set of arrangements by which central government delivers goods and services (of varying quality) to the public." But then he wonders whether it is "an outgrowth or distortion of the deeper instinct of compassion." To answer that question Gurdon gives away the game by relying on one of the most basic principles of modern conservatism: that government is "them."

...one of the cruelest aspects of socialism is that it delegates compassion to the state. Socialism encourages individuals to think caring for their neighbor is not their responsibility but is, instead, a function of government.

To the extent that government in the United States is involved in things like public education and health care, it does so as a democratic republic - meaning that we the people elect representatives to address the common good. It is a communal effort that redounds to the benefit of all.

This contrast between seeing the government as "them" versus "us" is perhaps the foundational difference between liberals and conservatives. I'm not sure when it started, but for conservatives, the idea that government is "them" took flight under Ronald Reagan's presidency when he said things like, "In this present crisis, government is not the solution to our problem, government IS the problem." In a democratic republic, that is like saying "we aren't the solution to our problem, we ARE the problem."

Contrast that with what Barack Obama said at the 50th anniversary of the Selma march (emphasis mine).

That contrast explains why we shouldn't be surprised as we watch Republicans eschew democracy these days via support for everything from voter suppression to gerrymandering to the filibuster. At their core, conservatives have never understood the concept of "we the people" that undergirds our democracy.